Your future in the performing arts doesn't have to be a dream. For over 50 years, AMDA has launched some of the most successful careers in theatre, film and television. AMDA creates industry professionals who don't just wait for life to happen—they stage their own career path. Watched by the eyes of millions, our graduates take the world's stages, film sets and movie screens, changing the way we think about art in the 21st century.

Now it's your turn.

Success requires more than just talent. From the moment you arrive until the day you graduate, AMDA trains you to leave our doors a professional ready to work in today's competitive industry. With over 150 opportunities to perform each year, you'll receive world-class training while living in the beating hearts of the world's entertainment capitals: Los Angeles and New York City.

To become the best, you'll train with the best. You'll receive world-class training from our faculty of successful Broadway directors, choreographers, actors, film directors, TV producers and casting agents who are still working in entertainment. Each day will immerse you in a rigorous and demanding pursuit of excellence, giving you the knowledge and skill set that will last you a lifetime. It's time for your next role—you're ready.

The History of AMDA

The concept and vision of AMDA was created by dynamic artists and educators at the forefront of their fields in Broadway, Shakespeare, Hollywood film, world-renowned dance, playwriting and academia. This group of distinguished and successful artists shared a unique philosophy: that the training of any performing artist – whether it be of an actor, a singer, or a dancer – benefits greatly by including core classes in voice, speech, movement, dance, and acting. Recognizing the value that "cross-training" would have to each individual performing artist, the AMDA curriculum was born. This was an original, non-traditional approach; in 1964, the year of AMDA's founding, no other performing arts school or program offered an immersive, multi-disciplinary style of AOS or Certificate study. Since AMDA's beginning, its signature model of training has been adopted as the gold standard of performing arts education by colleges and universities throughout the country, and indeed throughout the world.

Under the singular devotion and passionate leadership of David Martin and Jan Martin, AMDA has grown exponentially in both size and scope. One of the Martins' long-term visions for AMDA was to have two vital campuses in the capitals of the entertainment industry – one in the middle of Manhattan and the other in the heart of Hollywood. In 2003, AMDA College of the Performing Arts opened its doors in Los Angeles, offering four Bachelor of Fine Arts programs, one Bachelor of Arts program, and three Associates of Occupational Studies programs. One of AMDA's exclusive opportunities for its more than 1400 full-time students is the Artist's Laboratory, which provides the opportunity to create and perform original content for stage, media, and film in a faculty-mentored setting. Another unique program created by AMDA is the BFA in Dance Theatre, which is the only program in the country focusing on a combination of theatre dance and dance for film and television.

Over the past 50 years, AMDA has continued to lead the education community with creative and innovative programs for emerging performing artists. AMDA's Degree Programs and AOS or Certificate Programs support, teach and guide artists focused in all areas of the performing arts including actors, singers, dancers, content creators, writers and producers. Today, AMDA remains at the cutting edge of performing arts higher education and is one of the premier performing arts institutions in the world.

AMDA Alumni are contributing to the worlds of theatre, film, television, education, not-for-profit, business, service – the list goes on and on. We celebrate the talent, skill and commitment of our Alumni, who are doing incredibly worthwhile work all across the country and around the world.

Below is a list of a few of our AMDA Superstars:

In addition to our celebrated performers on Broadway; national, regional and international stages; film, television and media platforms — our Alumni are also working in every other area of the entertainment industry, including technical theatre, film/TV crews, playwriting, screenwriting, filmmaking, producing, directing, choreographing, editing, teaching, and content development.

Congratulations, AMDA Alumni! We are so proud of you all. 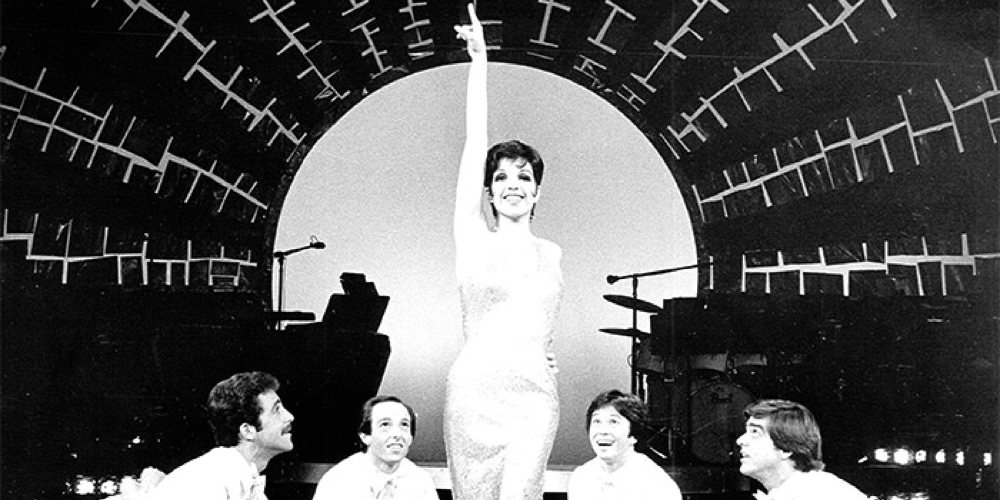 Liza Minnelli in The Act. Liza and other renowned performers often participated in AMDA benefits. 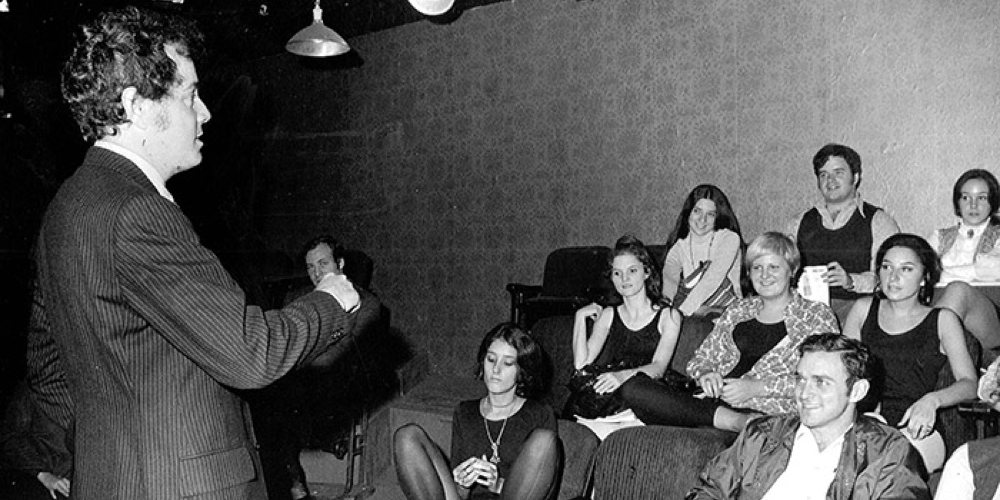 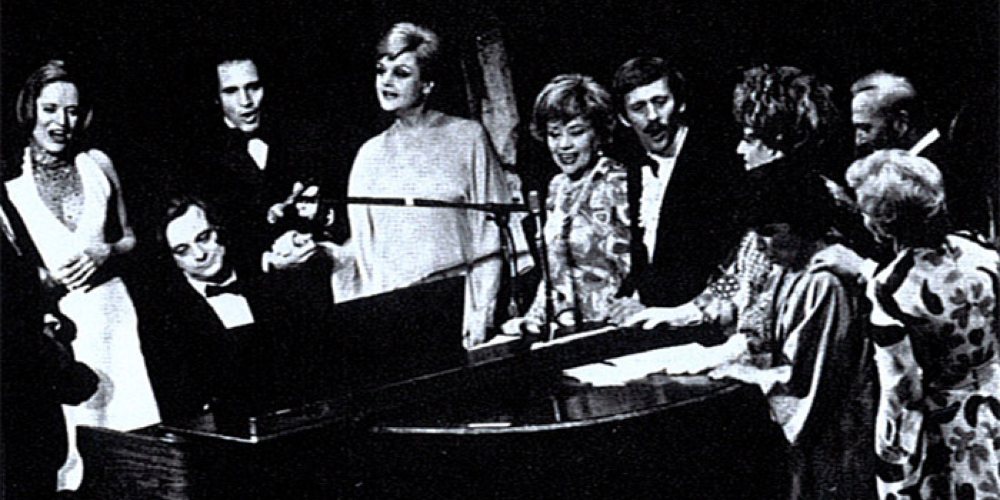 Sondheim: A Musical Tribute, an all-star tribute to Stephen Sondheim at the Shubert Theatre with Angela Lansbury and Hermióne Gingold. 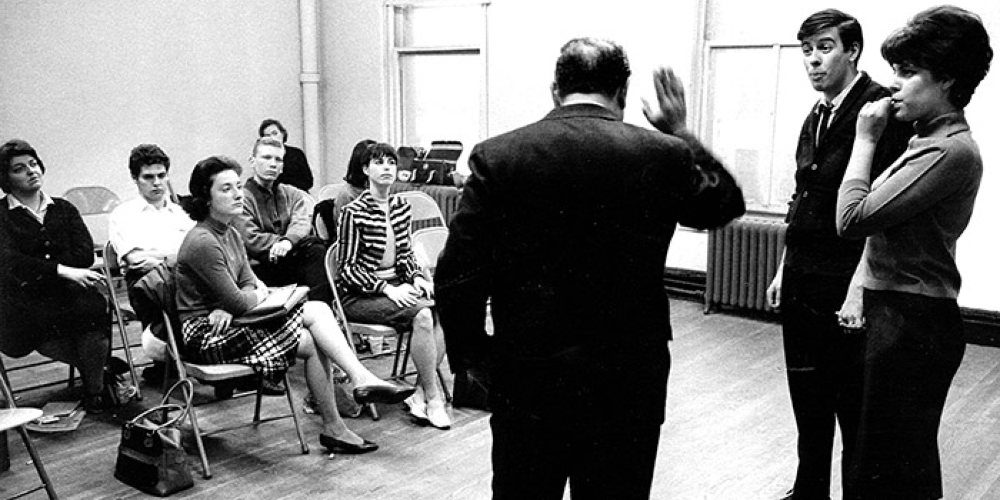 Scene rehearsals with David Martin and AMDA students in the Bleecker Street building. (1970) 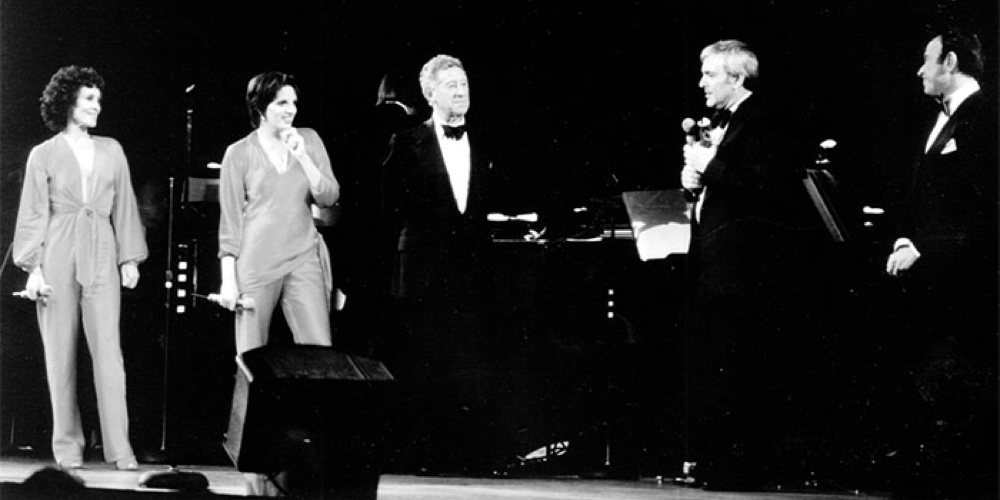 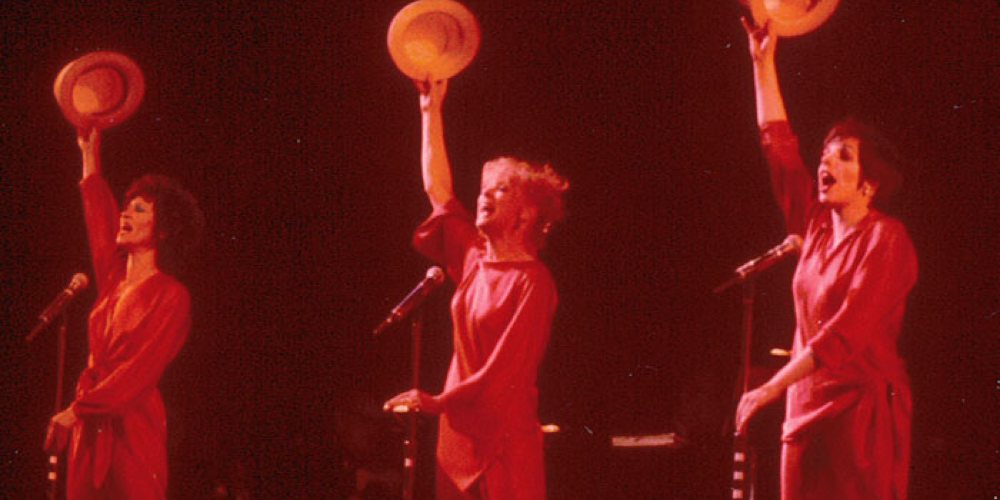 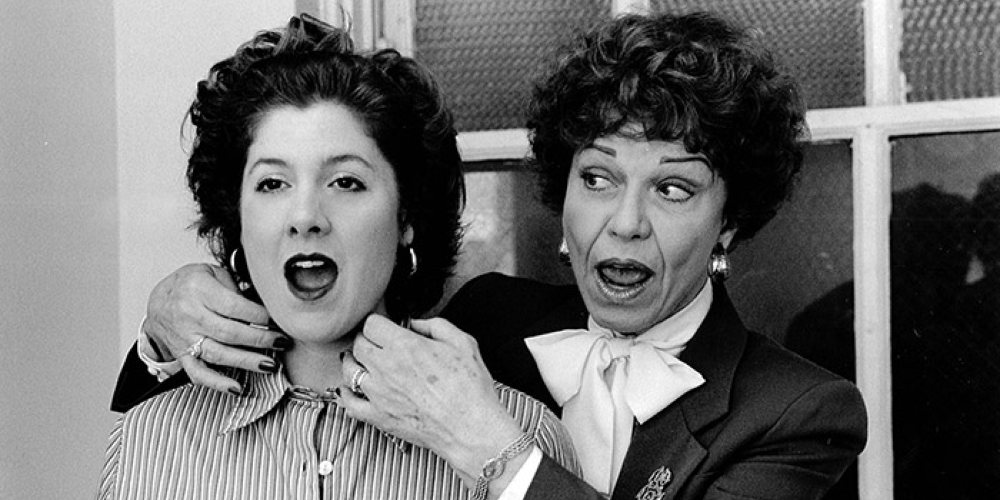 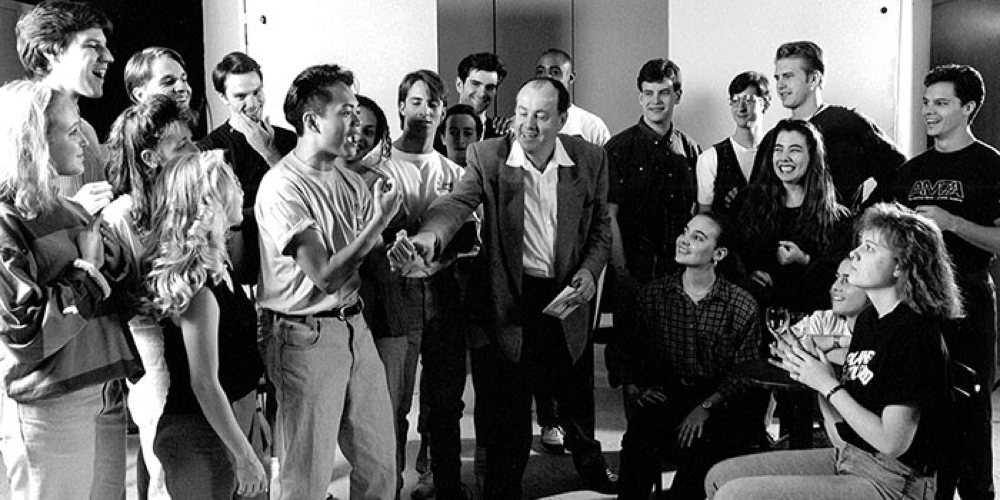 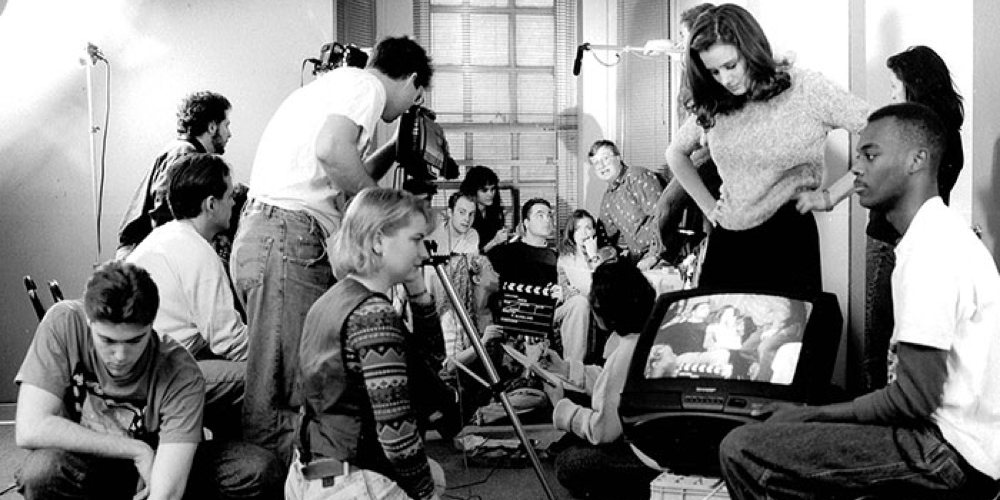 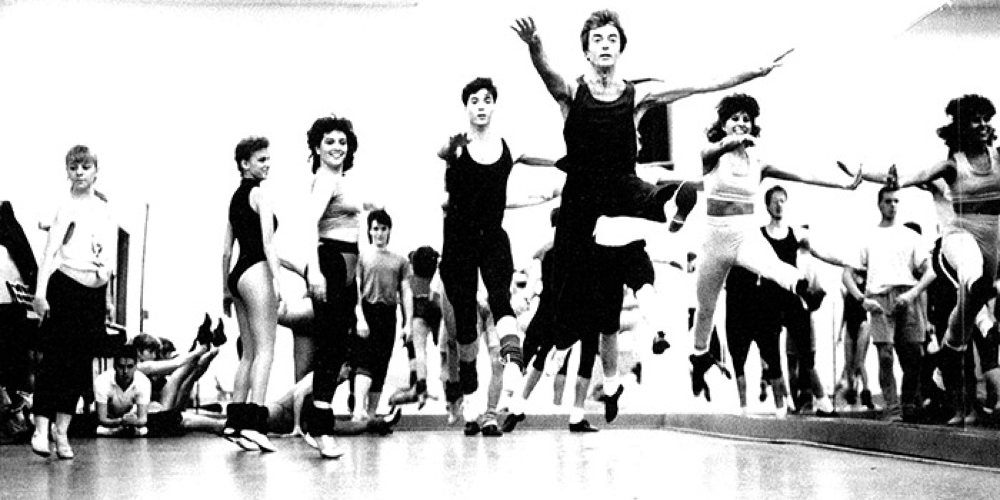 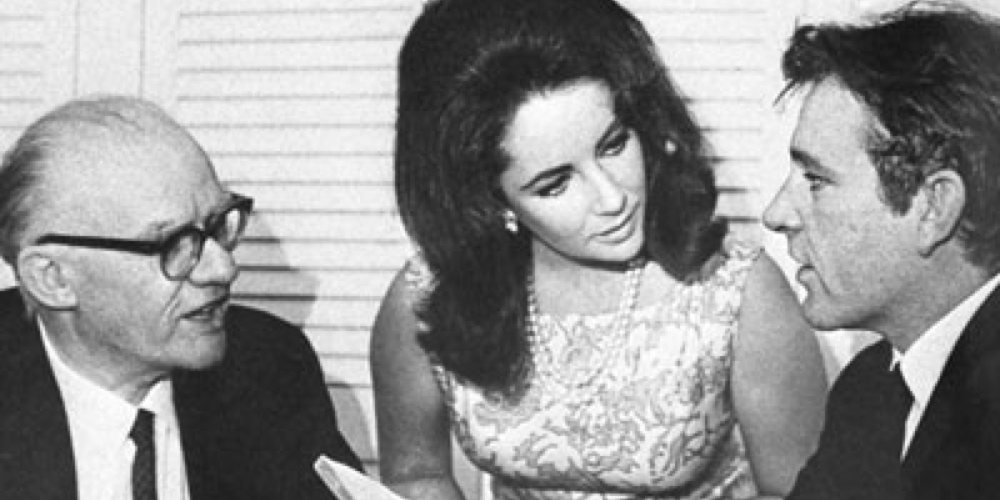 AMDA provides rigorous, performance-based training and an industry-focused education experience; one that inspires excellence and prepares artists with an appreciation for the universal power of transformation through art. AMDA's educational philosophy is based on close collegial interaction between instructors and students — in class, in production and through active mentorship.

AMDA is committed to providing an unsurpassed performing arts education to a diverse community of creative artists. AMDA serves as both school and stage, where students are given the support and opportunity to define their own personal objectives and to develop and refine their own distinctive artistic voices.

AMDA strives to create an environment for students to develop the skills, confidence, imagination, and power to contribute to their community as artists, entrepreneurs, visionaries, lifelong learners, and conscientious citizens of the world. Above all, AMDA wants to teach students that commitment and passion are the hallmarks of a successful and joyous career.

AMDA is a private, non-profit, 501(c)(3) entity and has been accredited, both institutionally and programmatically, by the National Association of Schools of Theatre (NAST) since 1984. NAST has been designated by the United States Department of Education as the agency responsible for the accreditation throughout the United States of freestanding institutions and units offering theatre and theatre-related programs (both degree and non-degree granting).

Inquiries regarding accreditation status or state approvals should be directed to the Office of Institutional Effectiveness.