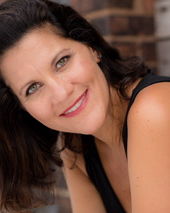 In addition to her performing career and teaching for AMDA-NY, Heather is the Head of Voice and Music for the Molloy/CAP21 Theatre BFA program. She also teaches for the NYU program at The Lee Strasberg Institute. Previously, she was a field instructor for the NYU: Tisch CAP21 program in addition to serving as a  faculty member for the CAP21 Professional Training Program since 2008 and as an adjunct voice instructor at Wilkes University and Conservatory from 2006-2008.

Heather is a member of NATS, NYSTA, and Equity Membership Candidate.