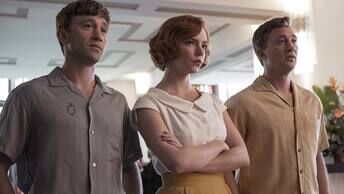 Stars as “Josh” in the thriller 32 Weeks, now available on Amazon Prime. KiDane won a 2019-2020 Scenie from Stage Scene LA for “Outstanding Performance by a Featured Actor in an Action-Adventure”as “Pip” in Moby Dick – Rehearsed.

Performs in the live-action short film Tribes, qualified by the Academy for an Academy Award nomination. The short comedy follows an African American, and Arab-American, and a white man who try to rob a train, but no one wants to rob their own race.

Will perform in Anjou: The Musical Horror Tale, streaming for free on Playbill and YouTube from January 29 at 8 PM ET through February 2. Donations are encouraged to benefit Broadway Cares/Equity Fights AIDS. Kevin will star as “Hasty” in the upcoming episode “Karaoke Kickoff” on Nickelodeon’s Side Hustle.

Featured in the launch of BroadwayWorld’s new platform Stage Door, which connects artists and fans with virtual shoutouts, classes, masterclasses and more.

Joined a company of 36 Broadway dancers in ‘Far From Over,’ a recently release video project celebrating the New Year and benefitting Broadway Cares/Equity Fights AIDS. The video was filmed under strict safety protocols at Open Jar Studios.

Performs in Sondheim Unplugged, available on demand through January 23 as part of the 54 Below Premieres concert series. Darius and Christopher Sieber ’89 were featured in The Best of Radio Free Birdland, which streamed on December 31. Christopher and Darius had their own virtual Radio Free Birdland specials in 2020.

Performed in Broadway for Diane on January 4, which raised funds to support Dianne Morales’ NYC mayoral candidacy. Krystal was a special guest on The Doo Wop Project: Live in Your Home for the Holidays virtual concert on December 12. Last month, Ashley performed in the interactive dark comedy short film Like After Death.

Performed in Ratatouille: The TikTok Musical, which raised over $1 million for The Actors Fund. Joy was an ensemble member in the musical, while Brittney performed with her SIX on Broadway castmates for a one-night stream as part of the musical’s programming. Brittney and her SIX castmates also performed for A Royal New Year Reunion concert stream on December 31.

Appeared on Plays in the House: Our Final Bow! which streamed live on December 28. Schele directed Plays in the House’s reading of Blithe Spirit. Schele recently became an Artistic Ambassador for TheatreWorksUSA.

Will perform in the virtual cabaret fundraiser An Evening of Hope benefitting The Actors Fund on January 21 at 7 PM ET. Check out photos of Leslie performing in ZACH Theatre’s A Rockin' Holiday Concert which concluded on January 3.

Starred in Samson: The Wrestling Musical, a live virtual cabaret that premiered on January 1. Jamari, Morgan McGhee ’15, Taylor Symone Jackson ’13, and Jarvis B. Manning Jr. ’06 performed The Temptations’ “I Wish It Would Rain” with fellow cast members of Broadway’s Ain’t Too Proud in solidarity with Black Lives Matter

Starred in Between the Two Humps on December 17 as part of MCC Theater's LiveLabs Reading Series. Peppermint and Mila Jam ’02 starred in the video “But...I Survived,” in recognition of the 2020 National Transgender Day of Remembrance. Josh Drake ’11 was Director of Photography and Editor.

Wrote the short play Prelude to a Hostile Takeover, which was read on a new episode of The Green Light podcast. After the reading, Alexander spoke about the play in an interview with the hosts.

Released her new single “R & B” on all streaming platforms. “R & B” also aired on 91.9 WFPK Radio on January 5 as the Artist Spotlight of the week.

Performed in the virtual concert In a State of Gratitude - a Tribute to Our Healthcare Heroes on Radio City Music Hall's social media platforms on December 29. The stream benefitted Direct Relief and Montefiore-Einstein.

Released his collection of music on Spotify and all major streaming platforms. Brennen is a musician and actor based in New Jersey.

Contributed a chapter to the second edition of Golden Brick Road Publishing House’s series Mamas Gotta Grow! Emanulea wrote, directed, and starred in her one-woman play My Breast Self, about the challenges of new motherhood. The play won Best in Venue at the Hamilton Fringe Festival in 2019. Emanuela is also a speaking coach and owns her business, Creative Wellness.

Spoke with People in advance of starting her new role as a permanent co-host on The Talk, which she began January 4. Amanda and her sister Anna Kloots created the “Hooray for” T-shirt line, which was featured on Know Your Value’s holiday list of women-owned businesses.

Is an instructor at Alpine Theatre Project based in Whitefish, MT. Meredith appeared on “Straight from the Paper Mill Playhouse Vault” for the livestream A Stephen Sondheim Retrospective on the set of Follies in the spring of 1998 last April. She also hosts her podcast, Confessions of an Actress.

Won Best Supporting Actress at Fusion International Film Festival: East Europe and has received multiple nominations for her role as “Detective Charlie Black” in Flesh is Heir To. The film is available to rent on Prime Video, and will be released on streaming services this year.

Leads a master class for Spotlight Kidz this month. Caissie performs in the new album “Broadway Lullabies” which reimagines Broadway classics as lullabies. The album is available on iTunes and all streaming services.