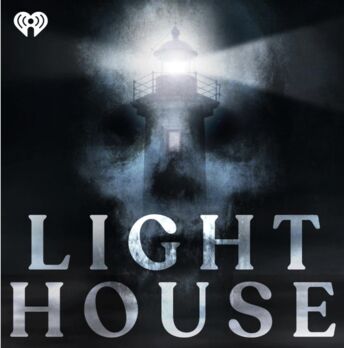 Aly Trasher ’15 narrated iHeartRadio’s Light House podcast, which climbed to number one on the fiction charts and currently has over 130K downloads. Aly will be in the upcoming film, Cerebrum.

Plays “Agent Hall” in Honest Thief, set for a September 4 release. Anthony also stars in the filmed stage version of Hamilton alongside Christopher Jackson ’94, being released July 3 on Disney+.

Performed “You Can’t Stop the Beat” with performers from Hairspray to raise money for the Actors Fund. Marissa appeared on the Los Angeles LGBT Center’s RAINBOWTHON live stream benefitting the Center’s CARE Fund, established in response to the COVID-19 crisis. Tyrick starred in last year’s Bat Out of Hell at NY City Center alongside fellow alumni Avionce Hoyles '10 as "Tink," and ensemble members Andres Quintero '08, Harper Miles '14 and Kayla Cyphers '17.

Performed with Rick Springfield and friends in “The Wall Will Fall.” All proceeds from song downloads will go to Feeding America. Amelia is currently Executive Assistant for Joanna DeGeneres Photography and founded “Sessions the Show” a non-profit showcase helping actors in pursuit of their dreams.

Rose to the TOP 25 on BroadwayWorld’s Next on Stage College Competition! See who moves on to the TOP 15 tonight at 8:00 PM EST.

CoCo and the cast of Transport Group’s The Unsinkable Molly Brown won a 2020 Off-Broadway Alliance Award for Best Musical Revival! CoCo played “Ado Annie” in Oklahoma! at Weston Playhouse last summer, after making her Broadway debut in Book of Mormon.

Selected for a virtual residency with The Rhineback Writers Retreat, where he will work on his new musical Shapeshifters. Zhailon is the US Associate Director for Broadway’s Tina: The Tina Turner Musical, which received several Drama Desk Award nominations. The 65th Drama Desk Award ceremony will stream on DramaDeskAwards.com and NY1’s On Stage on May 31 at 7:30 PM EST.

Will be featured in Musicians On Call on 'Hyundai Hope On Wheels’ series Healing Through Music, where award-winning recording artists will perform surprise virtual performances for patients and caregivers in children’s hospitals nationwide. Jason performed a special edition of the 2019 song “If the World Was Ending,” with Anthony Ramos ’11 and other artists, with proceeds from the video going to Doctors Without Borders/Médecins Sans Frontières (MSF) as they provide COVID-19 relief.

Launched DE FRENTE PRODUCTIONS to help provide a platform for women and trans artists in New York. They will host an upcoming Monologue Marathon on May 23 from 11:00 AM - 10:00 PM EST.