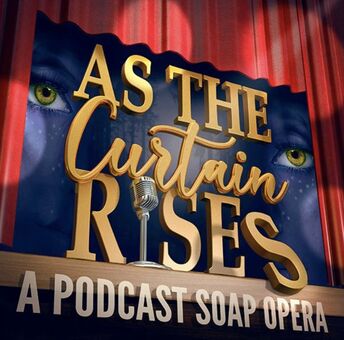 Mauricio Martinez ’99, Sarah Stiles ‘00 and Jacob Smith '09 star in the new soap opera-inspired podcast ‘As The Curtain Rises.’ The first two episodes are now available on The Broadway Podcast Network and streaming platforms. The remaining two installments will be released on subsequent Thursdays.

Returned as a guest co-host on Monday’s episode of The Talk. Amanda was featured in a video interview as People’s cover star last week and is currently writing her memoir Live Your Life: Loving And Losing Nick Cordero, set to be released on June 29, 2021.

Is a dancer in Selena: The Series, Part 1 premiering on Netflix on December 4. Watch the newly released trailer. During the summer of 2019, Tim played “Pepe” in West Side Story at the Moonlight Amphitheatre, performing alongside alumni Armando Eleazar ’14, Simone Poulain Sassudelli ‘18, Carly Cannata ‘15 and Elise Gonsalves ’18. This production was choreographed by AMDA faculty member, Hector Guerrero.

Plays “Agent Don McCorkle” in The Plot Against America mini-series, available on HBO. Lee will reunite with his Oz cast members for a retrospective conversation about the show, now scheduled for the 2021 ATX TV Festival.

Plays “Grandpa” in the upcoming film Most Guys are Losers, starring Mira Sorvino. Watch the trailer here. Paul is featured in REELZ Channel’s new special Goodfellas: BEHIND CLOSED DOORS which premiered in September.

Performed in last Sundays’ Broadway Sings for Biden. Kyle will star alongside Chris Sieber ’89, Mamie Parris ’97, and Mauricio Martinez ’99 in Paper Mill Playhouse’s Sing in a New Year! presented from December 19 through January 1, 2021.

Will star in the world premiere of Williamstown Theatre Festival and Audible Theater’s Animals, scheduled to be available starting December 17. THE WRAP hosted the 2020-21 Virtual Awards Screening Series presentation of The Handmaid’s Tale, starring Madeline as “Janine Lindo.” Season 4’s release date is scheduled for 2021.

Will perform in the Rocky Horror Show Livestream on October 31 at 9PM CST, benefitting The Democratic Party of Wisconsin. Peppermint and Brita Filter ’09 were featured in the Divas for Democracy: United We Slay variety show raising voter awareness of issues affecting the LGBTQIA+ community. Marissa made a surprise appearance on the Quarantunes Zoom Concert, which raised $1.2 Million for Broadway Cares/Equity Fights AIDS.

Is the choreographer on the upcoming Christmas musical, The Nice List. Shot over Zoom, the musical imagines what would happen if Santa supervised the North Pole remotely and left the elves in charge. The release date will be announced soon.

J. Elaine was featured on Live & In Color's Be Our Guest, as part of a series of live conversations with theater industry professionals. The series is led by Dev, Live & In Color's Artistic Director. J. Elaine was recently a contributing artist on the new game show Director vs. Director, where two teams of artists have 3 hours to create art and perform the result live for audience votes. Dev recently moderated a Be Our Guest conversation with Mauricio Martinez ’99.

Spoke at the virtual NYSCF Gala & Science Fair on October 27. Jesse appeared as a guest on The James Beard Foundation’s Taste America virtual dinner party on October 18. The event featured local chefs across America and supported the foundation’s Open for Good campaign, helping restaurants survive during the pandemic and building a sustainable restaurant industry for the future.

Has been nominated for a 2020 YouTube Streamy Award in the crossover category for his success on Tik Tok and for NRJ Music Awards’ “International Male Artist of the Year.” Jason also spoke for iHeartMedia’s “Why I’m Voting” campaign. Jason will perform on the CD, Diane Warren: The Cave Sessions Vol. 1, coming out in 2021.