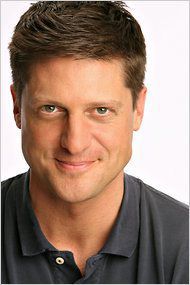 AMDA alumnus Christopher Sieber is a two-time Tony award nominee currently starring in a return engagement as Billy Flynn in Chicago on Broadway, his 8th Broadway production. Christopher recently starred opposite Harvey Fierstein in La Cage aux Folles on Broadway, and also took a turn starring in the opposite role in the national tour alongside George Hamilton. For his portrayal of Lord Farquaad in Shrek on Broadway, Christopher was nominated for a Tony, Drama Desk, Outer Critics Circle and Drama League award. He received his first Tony award nomination for originating the role of Sir Dennis Galahad in Monty Python’s Spamalot on Broadway, a role he also starred in on London’s West End. Additional Broadway credits include: Trevor Graydon in Thoroughly Modern Millie, Rapunzel’s Prince in Into the Woods, Gaston in Beauty and the Beast, Agis in Triumph of Love and Young Jacob Marley in A Christmas Carol. Christopher has also performed with the NYC Opera as the Prince in Cinderella, and in Eric Idle's Not the Messiah, a comic oratorio with the Toronto Symphony. Mr. Sieber’s off-Broadway credits include: The Kid, Avow, and The Boys in the Band. On the big screen, Christopher can be seen in the films Elementary, Morning Glory, and See You in September. No stranger to television, Christopher starred as the Olsen Twins’ Dad on the ABC hit series “Two of a Kind,” as Simon Banks in ABC’s “Its All Relative,” and has appeared on such shows as "Pushing Daisies,” “Ed” and "Sex and the City.” Mr. Sieber has not appeared on "Law & Order."