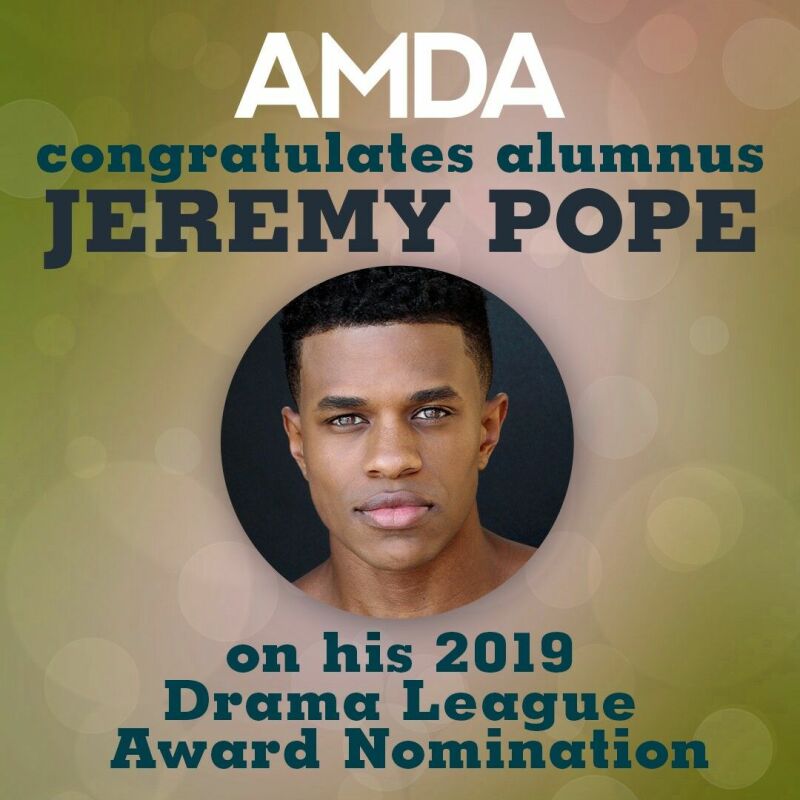 AMDA Alumnus Jeremy Pope has been nominated for the Drama League’s Distinguished Performance Award, an honor granted each year for excellence in theatre performance. In addition, seven productions in total featuring AMDA alumni have also been nominated.

The nominees for the 85th Annual Drama League Awards were announced on April 17th and the awards will be presented on May 17, 2019 at the New York Marriott Marquis.

The complete list of awards featuring AMDA Alumni is below:

Outstanding Revival of a Broadway or Off-Broadway Play

Outstanding Production of a Broadway or Off-Broadway Musical

Outstanding Revival of a Broadway or Off-Broadway Musical

First awarded in 1922, The Drama League Awards are the oldest theatrical honors in America and the only major theatre awards chosen by a cross-section of the theatre community.

AMDA congratulates all alumni on their prestigious nominations.