AMDA Acting Faculty Jason Chaet directed the most recent production of the AMDA Drama Showcase at AMDA NY on August 28- Sept 1, 2012. We spoke with Jason to get a director's perspective on what goes into the Studio Conservatory productions.

What is the AMDA Drama Showcase?

The AMDA Drama Showcase is a collection of scenes from a variety of plays, usually tied together by a theme that runs through all of the scenes. Typically the theme emerges after casting is complete. A unique feature of the drama showcase is the four week acting class each director conducts with their group before the official showcase process. This allows us to get to know the students as actors before we cast.

The first week (or so) of showcase is devoted to casting. This is the most important part of the process. We want to find something that fits the students very well, perhaps the type of role they may play soon after graduating. But we also want to find something interesting for them to work on, that challenges them and their growth as an actor.

How are the scenes chosen?

Every showcase director uses a different system for casting. I let the groups bring in material of their choosing for the first few nights of casting. This allows me to see the type of material they feel strongly about, and what suits them. After this phase, I will combine some of the scenes they brought, with ones I hand out as we go into more of a ‘callback’ phase.  After a few nights of this, we are close to being cast. Then Mark Riherd (NY Education Director) and I will watch the casting together to discuss, and be sure each student is showcased appropriately. As I said before, casting is by far the most important part of the process. It has been said that casting is at least 90% of the Director’s job, and I’ve found this to be very true.

Give us a little background of what your role is and what goes into the production?

My job involves overseeing everything that goes into the showcase. Casting, the concept for the showcase, the staging and transitions, and all of the design elements (set/lights/wardrobe/music). And, of course, the rehearsal process where we dig deep into the scenes to prepare them for performance. Throughout the process I work with a team that includes a professional stage manager, as well as two faculty members who serve as my assistant director, and voice and speech coach. I typically work with faculty members Michael Perilstein and Chris Neher, I believe we’ve done almost forty showcases together to date.

What is this year's title/theme?

The first showcase I directed this semester used Adam Bock’s Swimming in the Shallows as a spine for the showcase. We used four scenes from the play as a through line, then sandwiched scenes from other plays in between. The second showcase (that went up this past weekend) had a shared setting, a grand room that we used to stage all the scenes. Both themes allowed us to showcase the students with diverse material that suits them, while also creating an evening that feels ‘whole’.

How long do you rehearse?

The showcase rehearses for five weeks. The first week is devoted to casting, the second week to conception and staging. Then we have two very focused weeks of rehearsing before we get into tech. The last week is devoted to adding the design elements, and getting used to running the show. Then we preview on Wednesday and run through the weekend.

The Drama showcase (as well as the Musical Showcase) is a great opportunity for students to not only ‘showcase’ themselves on stage in NYC, but also as the culmination of their training at AMDA. It’s a practical application of everything they’ve learned as they transition from the classroom to the professional world. I find it especially helpful for students that want to ‘get out of their heads’ with their work, as the rehearsal process forces them to trust their technique and take more risks with their work. It’s a fun and challenging experience overall.

ABOUT JASON CHAET: Jason Chaet is a Filmmaker, Theater Director, and Acting Teacher based in NYC. He has directed and/or developed hundreds of projects for Film and Theater. Highlights include working with legendary playwrights David Mamet and Arthur Miller, developing and serving as Creative Consultant on Kissing Jessica Stein, and working with new writers for HBO/USCAF. Currently his short film Remember (starring AMDA faculty member Ray Virta) is screening at festivals around the world. This October, his feature film Putzel, Executive Produced by Mary Jane Skalski (Win-Win, The Visitor, The Station Agent), and starring Melanie Lynskey, John Pankow, and Susie Essman will have it's world premiere as a spotlight film at the Woodstock Film Festival. He is a faculty member at AMDA, where he teaches acting and directs Drama Showcases.

Photos of the B4 Drama Summer 2012 Showcase at AMDA NY 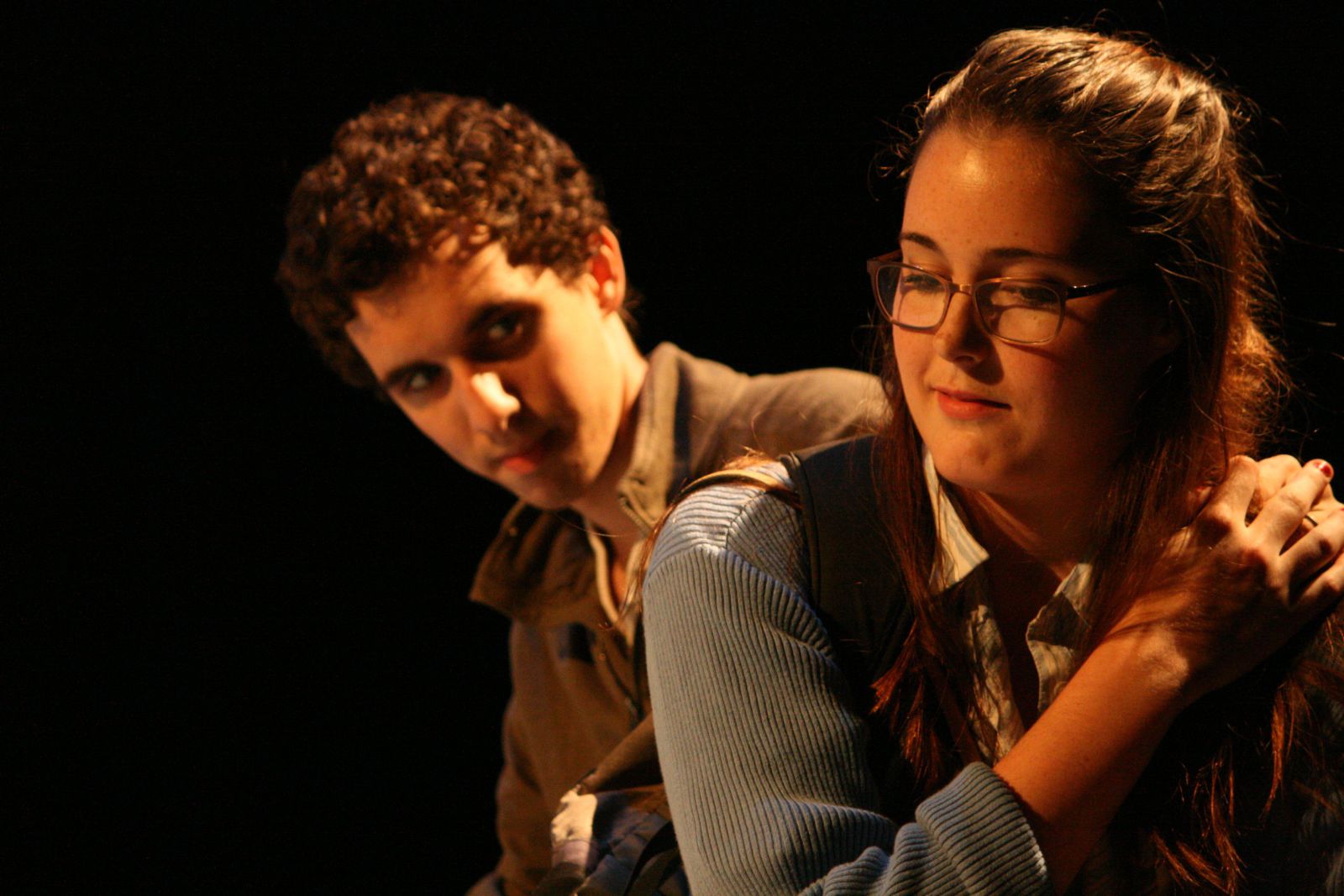 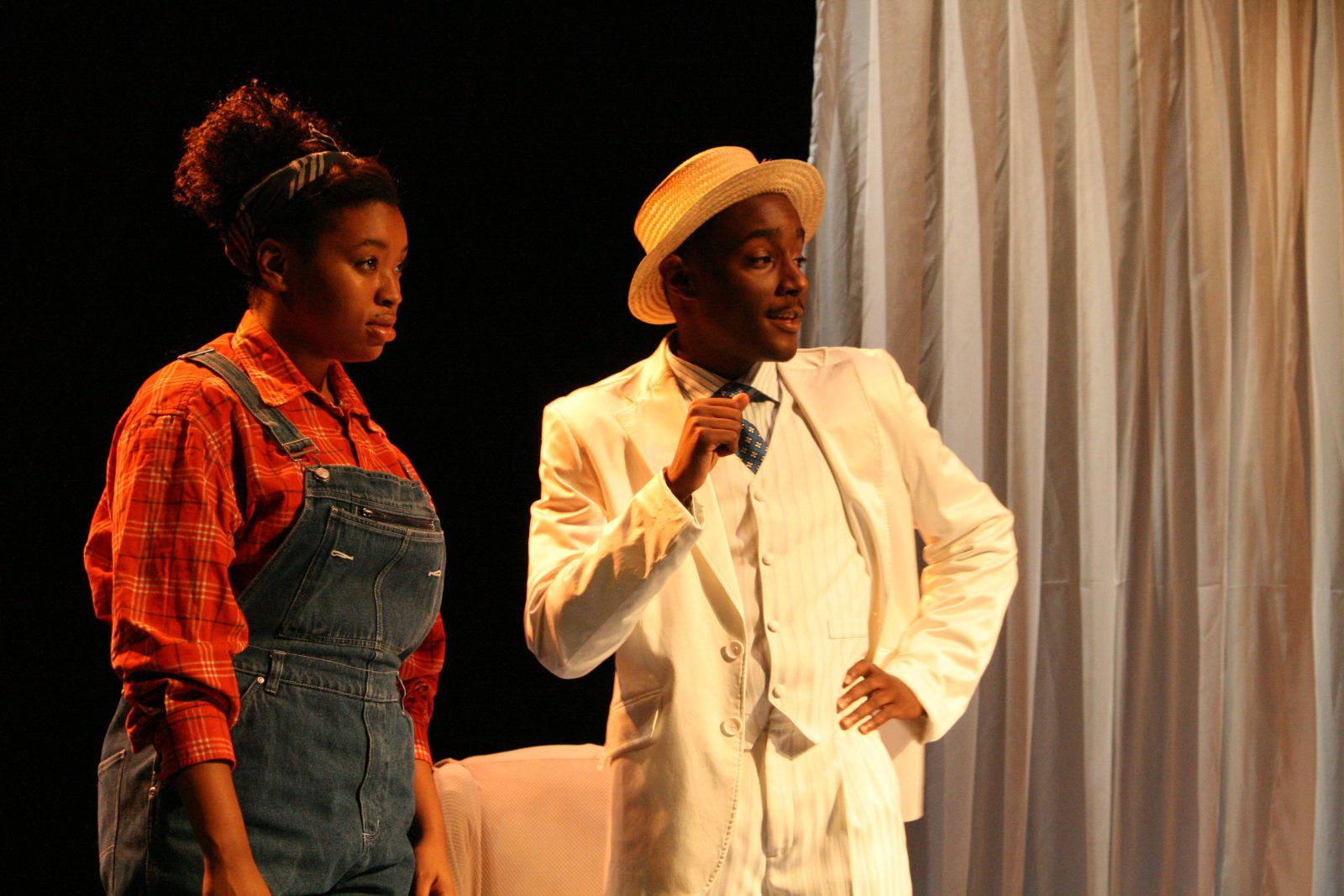 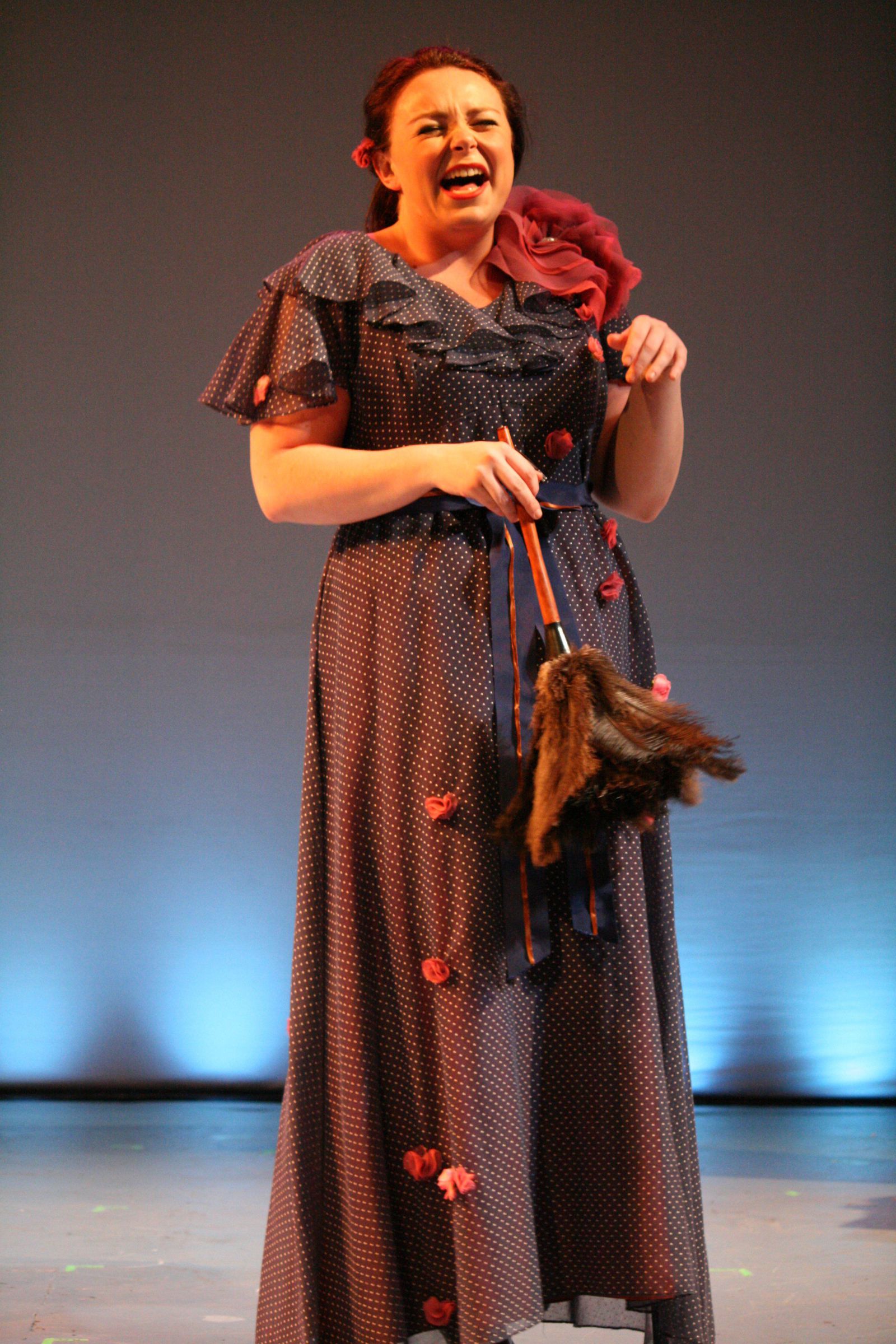 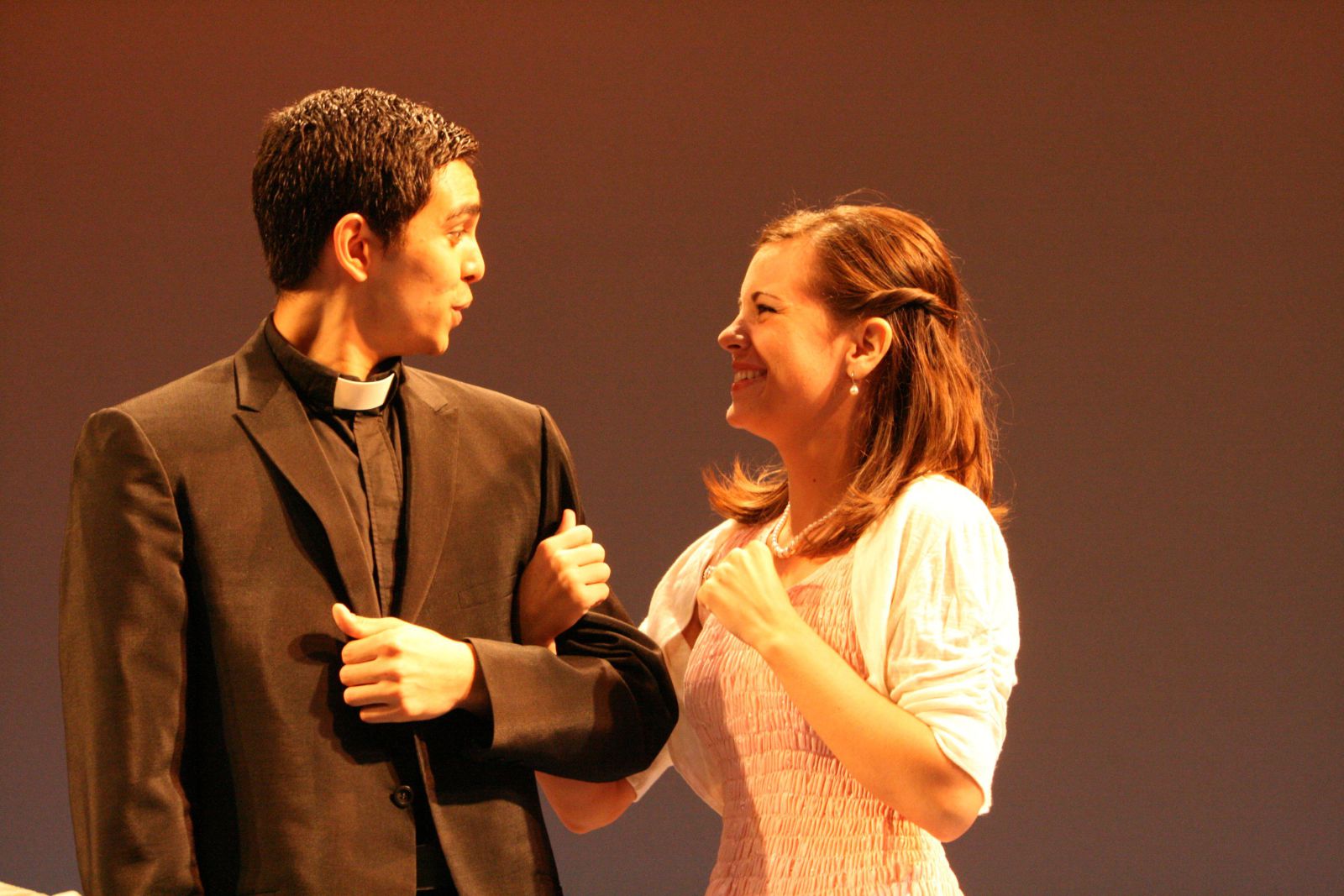 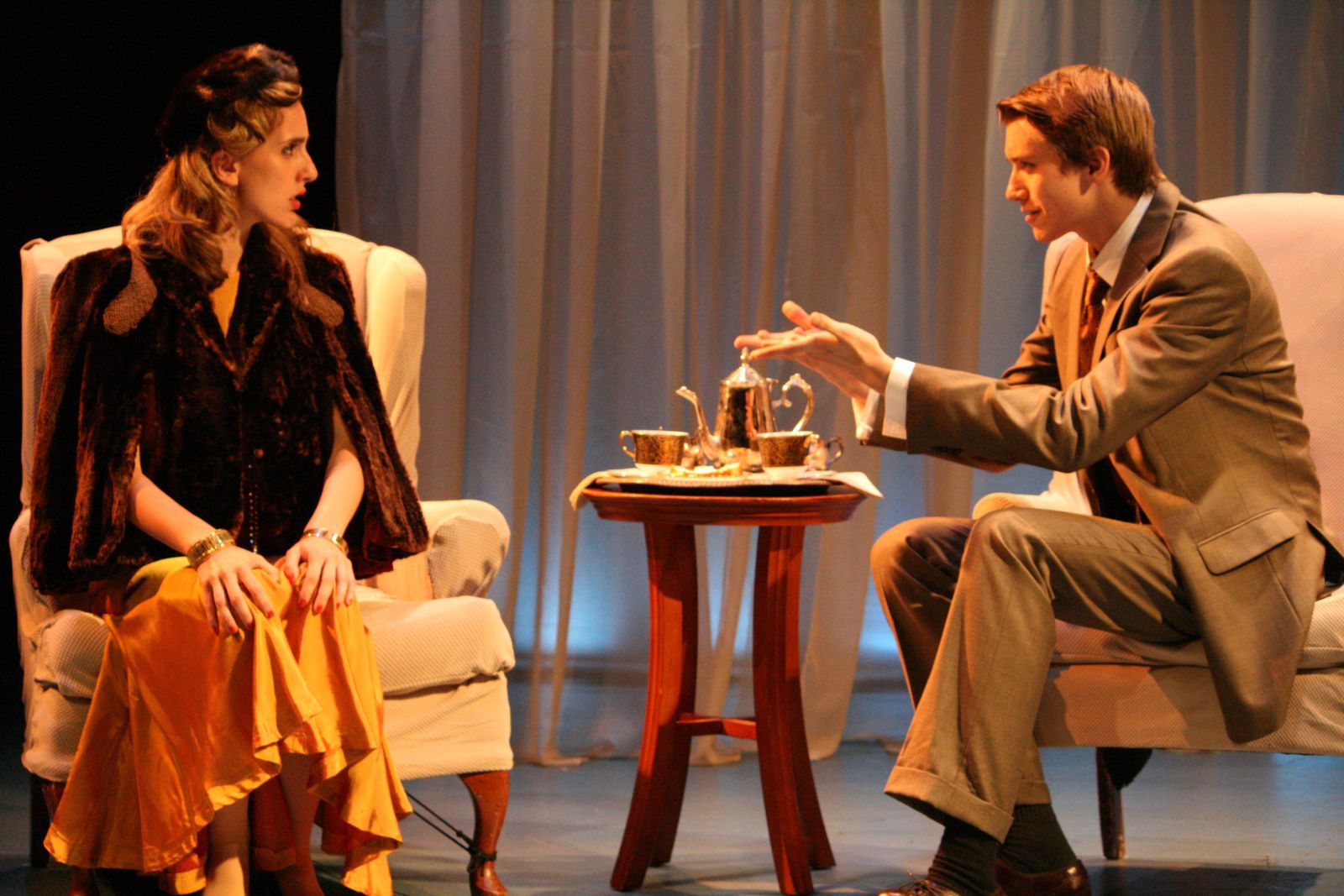