When alumnus Michael Ian Cedar graduated from AMDA he took a part in the National Tour of Fiddler on the Roof. After his initial elation and 10 performances in, Michael walked into the Company Manager’s office and declared “I’m not sure this gig is for me, how do I learn how to do your job”? Michael was offered the Assistant Manager position and says he felt like Dori in Finding Nemo, completely oblivious but utterly in his element. Michael is now a successful producer at StarQuest International and is also producing a concert of Mercy Street through his own production company Ask Yourself Productions.

Knowing that our alumni have to go out in the world and create their own work, often wearing the hat of producer along with performer. We asked Michael to talk to us about how he became a producer, what he does and any tips he can give from his vast experience.

What is it that I do as a producer? A producer produces results. That is all I do. I take Pipe A and Pipe B and fit them together. Most of the time I need to figure out where I find the two corresponding pipes. Producing requires a lot of rejection and a thick skin for trial and error.

The #1 piece of advice that I have been given was from producer Ken Davenport. He said "if you want to produce a show, book a theater". That’s it. Don’t sit around waiting to write a show or for the perfect moment. Just put down money on a space and you will make it work. Self-discipline is hard work. Give yourself bench marks that are accompanied with carrots and sticks.

The good thing for you is that AMDA develops independent professionals who think on their own. There was zero tolerance for coddling when I went to AMDA. AMDA gives you a huge tool box and then prepares you to build a house on your own, on your own plot of land, and in your own time frame. Many AMDA friends I graduated with are self-starters. I don’t find it coincidental that three of the managers at StarQuest are AMDA graduates.

What led me to my path as a producer? When I was attending the integrated program at AMDA the shootings in Columbine occurred. Although I knew no one involved with the tragedy, I was still profoundly affected by it.  I found myself feeling slightly responsible for being a member of the arts and entertainment industry because perhaps “we” could have done more to prevent it? Could “we” have created some form of art that the shooters at the school could have experienced that would have given them something to connect to? Was there something that would have made them more self-aware? Something that maybe would make them feel less lonely? I found myself being upset with my classmates for not feeling the same level of responsibility.

These feelings were the turning point where I realized that for me, acting was not going to have enough of an impact, I needed to be able to produce and re-produce experiences for actors to share and audiences to experience.

I used to be a Company Manager for Broadway Bus and Truck Tours (Fiddler, Millie, Joseph). Now I produce youth dance competitions that tour around the United States with StarQuest International. I have also been becoming more involved with producing new pieces of theater around NYC (Pandora’s Box, The Cure, Mercy Street). In all three scenarios I find that by providing actors, dancers, and other creative types the venue to perform, I multiply my outreach as an artist.

I am obsessed with the need to inspire people. As a producer and a company manager, I have the ability to support artists to execute their craft and I provide audiences with a safe environment to experience the world through a different lenses. Through the StarQuest dance competition, as Associate Producer, I get to host 24,000 dancers under the age of 20 each season. I give them an outlet to be part of something bigger than themselves. I give them a venue to share themselves in a healthy way, and I’d like to think that because of this experience they grow up more self-aware and creative members of society.

Can I prevent shootings? Can I heal the world’s pain?  I don’t think I can. I do however believe that we as a species differentiate from all the others because we have the ability to reflect and be inspired. When we do these things we connect, we feel less alone, we see the world from different points of view, we feel more, and through culture, we grow. As a producer, manager, and mentor I personally feel more powerful to contribute. It fits my strengths. I naturally am a nurturer, and through my sets of skills, I hope to make my own little dent in the universe.

My number one hope for the acting industry is that performers young and old take the time to regularly ask themselves; why am I doing this? What do I want to leave behind? What do I want the world to experience from my art? If you can’t answer these questions, then you’re doing yourself and your audience an injustice.

I chose to produce to inspire people. I think I do it. I hope I do it. I guess I just have to get my work out there more to find out. 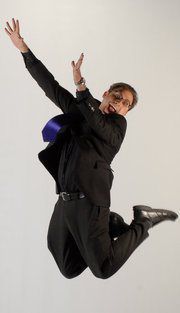 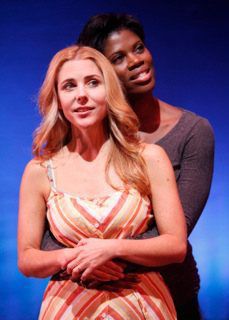 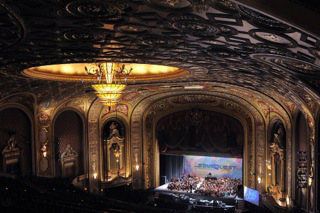 Michael is also teaching a workshop called Culture Soup that is all about branding your business or service through a clear cause and remarkable customer experience. He has also hired many of our alumni to work with him at StarQuest. We recently posted an opening on our Career Services and will continue to post any in the future. For further information please contact Career Services.