Shivering in the freezing snow at 8 o’clock in the morning, Megan Buzzard waited miserably outside Nola Studios in New York City. It had been hours since she’d joined the audition cue for Les Misérables, yet she still remained outside, standing in a line of actors that wrapped completely around 8th Avenue. Only then did she receive a text from a friend already in the building: “They’ve got way too many actors. They’re gonna close the list.”

“I was so frustrated with the fact that I was still outside in line that I ran up 11 flights of stairs just to get on the list before they closed,” the AMDA alumna recalls. “Of course, I was breathing heavily by the time I got up to the top, and I ran straight into the artistic director at the top of the stairs.” She laughs. “Needless to say, it made an impression.”

Every actor knows the audition struggle: pounding the pavement, rushing to put on makeup, waiting hours in line only to be turned away without a word from the casting directors. “I’ve been frustrated often with the antiquated process, as many actors are,” Megan notes. “There’s a lot of waiting, a lot of confusion, a lot of different resources where you can get your audition. …It’s a lot of wasted time.”

To save actors from losing precious time—and sanity—Megan partnered with her husband Matthew Rybicki to release Bookster, a new app that redefines the convoluted audition process.

Available on the iTunes store, Bookster helps actors discover, manage and map their theatre auditions. Currently designed for iPhone users, Bookster offers a real-time list of daily auditions, which users can organize, take notes on and discuss with other actors via the app’s interface. Bookster also has a localized map feature that displays casting calls within the immediate area, allowing actors to take advantage of other nearby auditions should they have extra time.

“The app is a remedy for actors who want to take control over their audition and daily lives,” Megan explains. “You can organize your auditions and stay in touch with other actors instead of bouncing around to different websites. It’s all in one place, which is really convenient—I think that’s what makes it so special.” 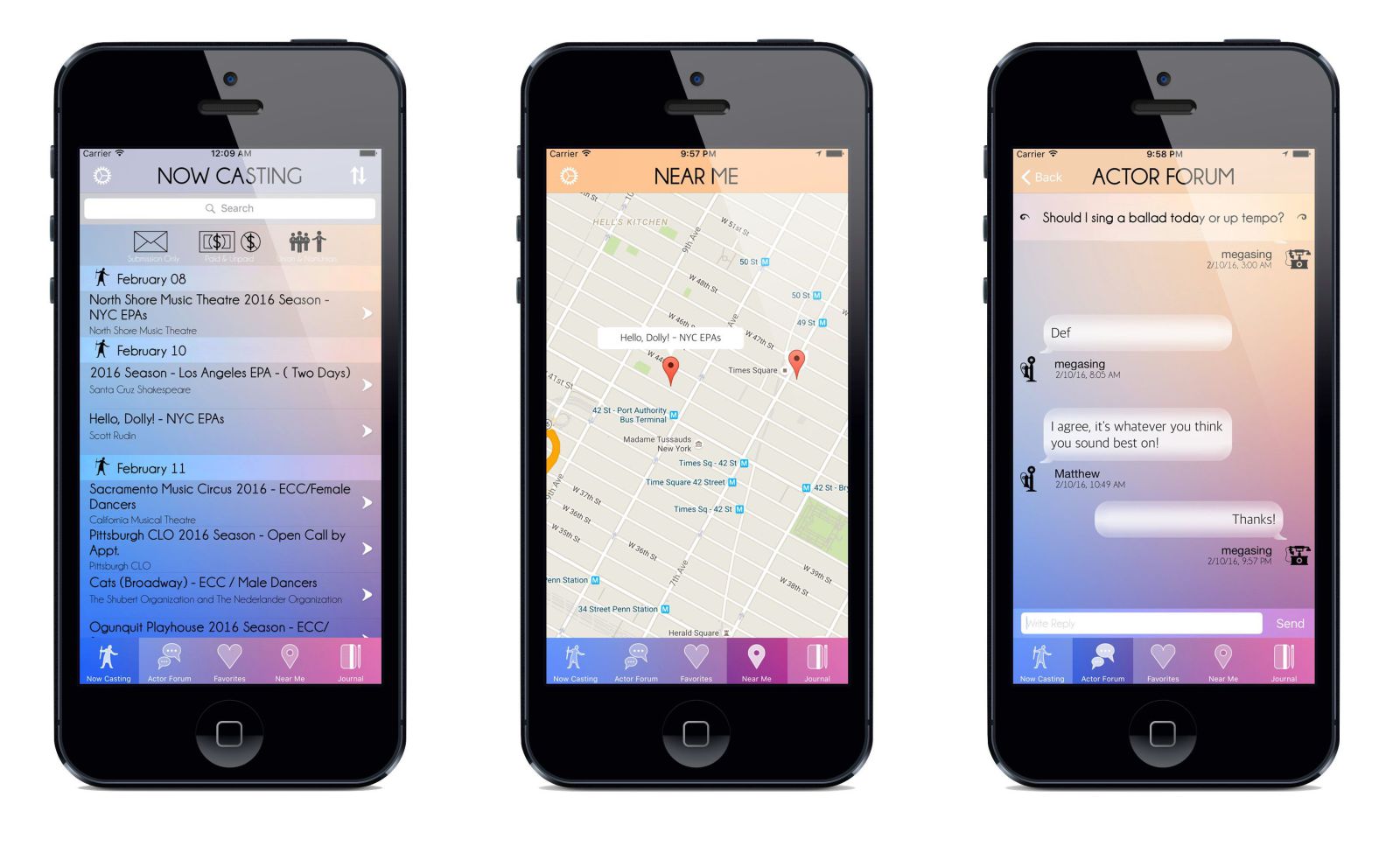 Through a successful Kickstarter campaign (and a glowing endorsement from Tony Award-winning actor Randy Graff), Megan and her husband managed to craft the app based on her own experiences as a professional actor in New York City: “We have first-hand experience, so it’s not like we’re making up this stuff. We know that these are the things that actors need.”

Matthew Rybicki, Bookster’s co-creator and Megan’s husband, is a successful jazz bassistwith Broadway shows under his belt. The Julliard-trained musician noted the critical need actors have for an app that streamlines the audition process. “It has been frustrating to see Megan fight with not only the inherent difficulties of auditioning, but the constant obstacles presented by the outdated, antiquated audition system,” says Rybicki. “I’m a sucker for efficiency, and to see something that should be so easy be so hard like the process of auditioning, I wanted to jump in to help make it easier on Megan and the other actors I knew.”

Released in late April, Bookster has already become a top in-app purchase in the iTunes store, offering audition information in cities across the nation including New York City, Los Angeles, Chicago, Boston and Orlando. “We’re really excited that people are using it already,” Megan notes. “I’m getting a lot of good feedback, and I’m excited that actors have been supportive of our process. They understand that we are actors too.”

As Bookster continues to rise in popularity, Megan expressed her hope to continue designing the app for other mobile platforms, as well as expand Bookster’s audition database to include casting calls for film and television.

“When I think of the people using this app, I think of non-union actors who are pounding the pavement and auditioning every single day, [who] probably also have a part-time job or full-time job,” Megan concludes. “This is perfect for someone like that who needs to stay organized—this app is really gonna help.”

Bookster is currently available on the iTunes store.