AMDA alumna and Tony Award Winner, Ms. Tyne Daly will star as opera diva Maria Callas in the Broadway revival of Terrence McNally’s Master Class. Previews begin on June 14th with the official opening on July 7th at the Manhattan Theatre Club’s Samuel J. Friedman Theatre. Master Class was awarded the Tony Award for Best Play in 1996. Inspired by an actual master class given by Ms. Callas at the Julliard School, MTC describes "Terrence McNally's play about Maria Callas (Tyne Daly) takes us to one of her famous master classes, where, late in her own career, she dares the next generation to make the same sacrifices and rise to the same heights that made her the most celebrated, the most reviled and the most controversial singer of her time." Directed by Stephen Wadsworth, Daly originated her role as Callas last year at the Kennedy Center. 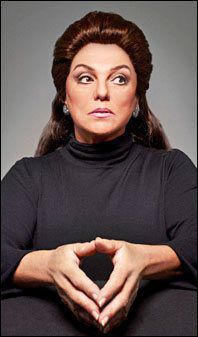