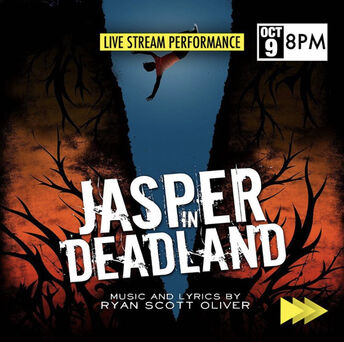 Appeared on The Kelly Clarkson Show earlier this week and performed his new hit “Stop.” Anthony stars as “Agent Hall” in the upcoming film Honest Thief. Check out the new trailer in advance of its release, currently set for October. Anthony is also featured in Spotify’s campaign 'Lo Nuestro Es Arte to celebrate Latinx Heritage Month.

Stars in One Royal Holiday, which released its first video promo. The movie will premiere on the Hallmark Channel on November 1 at 8 PM EST. Krystal and Hailey Kilgore performed at a Belting for Biden Event earlier this month on Broadway for Biden’s YouTube and Facebook.

Taught a 28 minute Torch’d workout which was featured on TODAY. Isaac’s daily Torch’d workouts on his Instagram @isaacboots have gone viral during the pandemic and raised money for No Kid Hungry.

Will star as “Nancy” in a virtual reading of Kenneth Lonergan's Hold on to Me Darling on October 11 at 7 PM EST. The reading will be followed by a Q & A. Tickets are available starting at $10. Gretchen starred in the episode “You Might Also Like” in season two of The Twilight Zone, produced by CBS Television Studios.

Will perform in the virtual event FORWARD. TOGETHER, in support of The Public Theater. The free, one-night-only event will be live streamed on The Public's website, YouTube channel, and Facebook page on October 20 at 8 PM EST. Jesse reunited with fellow original Broadway cast members of the 25th Annual Putnum County Spelling Bee on a recent episode of Stars in the House.

Tickets are now on sale for Radio Free Birdland’s The Christopher Sieber Special on November 5 at 7 PM EST. Chris’ performance will be streamed live from Birdland Jazz Club in New York and hosted by events.broadwayworld.com. Chris and J. Harrison Ghee ’09 appeared on episodes of The Muny 2020 Summer Variety Hour Live! with the Munywood Squares this past summer.

Was featured on this week’s Broadway for Biden phone bank. J. Elaine, Cassidy Layton ‘16, Karli Dinardo ‘13, and Jay Paranada ’07 were announced as cast members for the BITE-SIZED BROADWAY Musical Podcast. The first episode was released on October 5, and the season will consist of ten episodes premiering on all major streaming platforms. Each 50-minute episode will feature a 10- to 20-minute mini-musical and an interview with the show’s creators.

Are featured in Divas for Democracy: United We Slay, a variety show raising voter awareness of issues affecting the LGBTQIA+ community during the 2020 election. The event will stream on StageIt beginning at 8 PM EST on October 18. Tickets are “donate what you can” (beginning at $5), with proceeds going to Drag Out the Vote.

Released her new single and music video, “Prisoner of the Past.” Fellow alum Joshua Jordiin ’19 also stars in the music video. In August, Gigi released her album, “Sounds of Love” on her YouTube channel.

Performs in “We Need You,” a new music video about voting. "We Need You" is aimed at women but wants to get more people engaged in the presidential election, no matter their gender. The team behind the music video was featured on CBS 2 News at 5 New York, and will be performing the song at pop up events around the city.

Is the new Social Media & Marketing Director of Tri-State Athletic Club. Matthew has a background in personal training and group fitness, and was previously the General Manager of a full service luxury gym in Williamsburg, Brooklyn.

Is the new board member of Desert Ensemble Theatre Company. Desireé is an actor, director, and producer. During 2015, she was a teacher at Drama Kids International of Northwest Houston. Desiree is also the founder of the Naked Mind Theatre Group’s SHOUT! program, whose documentary premiered at the National Alliance of Grieving Children Symposium in Portland, OR.