What a celebration we are having on Saturday, October 2, 2021 with our first IN-PERSON graduation since February 2020! We cannot wait to celebrate our NY Summer 2021 AMDA Graduates, and help recognize their inspiring work and accomplishments.

We are excited to announce AMDA alumna Sarah Stiles as our speaker for this monumental occasion! 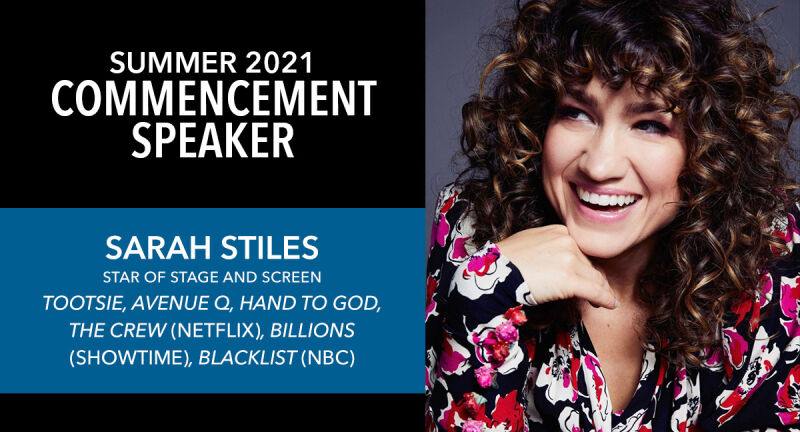 Sarah voiced the leading role of Spinel in the animated musical film Steven Universe: The Movie and limited series “Stephen Universe Future,” alongside such stars as Estelle, Aimee Mann and Uzo Aduba, as well as Broadway legends Patti Lupone and Christine Ebersole. On television, Sarah stars on EPIX’s critically acclaimed series “Get Shorty,” as Bonnie Barella on Showtime’s hit series “Billions,” and as Beth Page in the NASCAR comedy series “The Crew” for Netflix.

Sarah’s debut 5-Track EP, You Can Ukulele With Me, was released last year by Broadway Records.