To honor our AMDA graduates this Summer 2020 semester, we hope you can join us for the upcoming celebration of the inspiring work and accomplishments of our graduating students. After numerous semesters of rigorous training, this particular phase of their academic, artistic and professional development is fast approaching its conclusion. We are so excited to announce our AMDA class of Summer 2020’s Virtual Commencement Ceremony to be held on Saturday, October 24th at 1:00PM EST, 10:00AM PST. 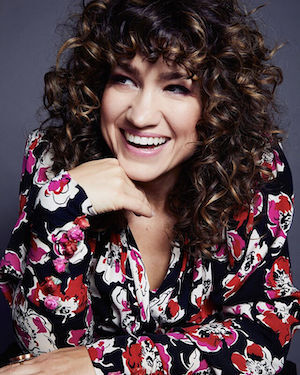 AMDA alumna and two-time Tony Award Nominee Sarah Stiles starred as Sandy Lester in the Broadway smash hit Tootsie. In addition to a Tony Award nomination, Sarah earned Outer Critics Circle and Drama Desk Award nominations for "Outstanding Featured Actress in a Musical" for her performance as Sandy. Her debut 5-Track EP, 'You Can Ukulele With Me', was released this past August by Broadway Records. Sarah is currently filming the multi-cam NASCAR comedy series “The Crew" for Netflix, starring as Beth Paige.

Sarah’s additional film and television credits include Steven Soderbergh’s psychological thriller Unsane, “I’m Dying Up Here,” “Blacklist,” “Dietland” and the animated “Sunny Day” for Nickelodeon. Sarah also lends her voice on the recording of Pasek and Paul’s 'James and the Giant Peach' and in the post-apocalyptic musical podcast, Bleeding Love, which was released earlier this year. 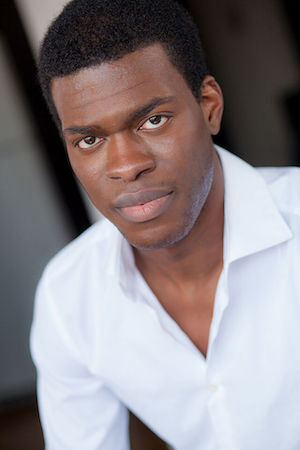 Kyle Scatliffe, a proud graduate of AMDA, made his Broadway debut as Enjolras in the Tony Award-nominated revival of Les Misérables. Kyle’s stellar performance was reprised and featured in the CBS broadcast of the 2014 Tony Awards. Kyle’s next Broadway role was Harpo in the 2015 Tony Award-winning revival of The Color Purple. After touring the country as Marquis de Lafayette and Thomas Jefferson in the national tour of Hamilton, Kyle reprised his role on Broadway before joining the company of Broadway's To Kill A Mockingbird as Tom Robinson. The Broadway production of To Kill A Mockingbird went on to play a one-night-only performance at Madison Square Garden for a crowd of 18,000 public school students.

Shortly after graduating from AMDA, Kyle was chosen to participate in Town Hall’s Broadway Rising Stars, a highly selective national showcase that introduces audiences to young performing artists. Kyle soon made his West End debut as Haywood Patterson in London’s The Scottsboro Boys, earning a Laurence Olivier Award nomination for "Best Actor in a Musical". Additional theatre credits include Mitch Mahoney in The 25th Annual Putnam County Spelling Bee: The Musical, Reginald F. Lewis in Reginald: From Baltimore to Billionaire, Jim in Big River: The Adventures of Huckleberry Finn at the New York City Center, Coalhouse in Ragtime, Jud Fry in Oklahoma!, and Marley in A Christmas Carol: The Concert with the Baltimore Symphony Orchestra, which was broadcast on PBS. Kyle has twice appeared in Broadway Unplugged, the critically-acclaimed annual Town Hall concert, and is a recurring guest at BroadwayCon.

Kyle’s TV credits include the roles of Aaron Whittles in NBC’s “Chicago PD” and Grant in “Bull” on CBS.

Kyle extends a big congratulations to AMDA’s Summer graduates and welcomes them into “the room where it happens.”