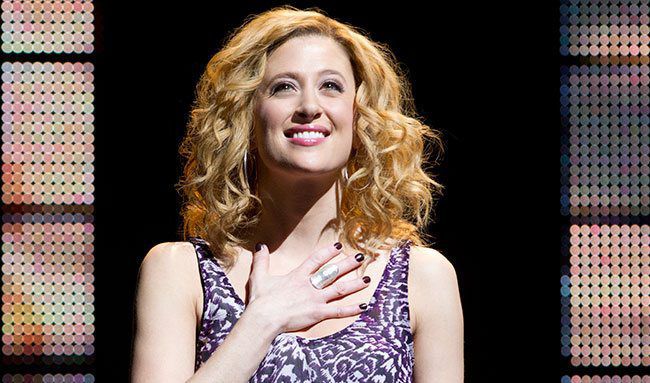 AMDA is pleased to announce that alumna Caissie Levy will be our AMDA New York graduation speaker on Saturday, May 24, 2014 at 11 am at Church of St. Paul the Apostle in NYC.

Trained at AMDA, Caissie Levy has emerged as one of Broadway’s brightest stars, taking on starring roles in five of the biggest hits in Broadway history; Les Misérables, Hair, Wicked, Hairspray and Rent. Caissie currently stars as Fantine in Cameron Mackintosh's re-imagined production of Les Misérables on Broadway.  She originated the roles of Molly in Ghost The Musical (Broadway, West End, cast album) and Sheila in the Tony Award-winning revival of Hair (Broadway, West End, cast album). Other credits include Elphaba in Wicked (Broadway, Los Angeles); Penny in Hairspray (Broadway, first national tour, Toronto); Maureen in Rent (national tour); Sara in Murder Ballad (Off-Broadway). Levy’s roles have landed her performances on "The Late Show with David Letterman," "Late Night With Jimmy Fallon," "The View," "Good Morning America," and the 2009 and 2012 "Tony Awards."  In concert, she was a guest soloist for the United States Military Academy at West Point. Her voice can be heard on countless commercials and recordings, including the cast albums of Ghost The Musical and Hair.  Her debut solo album, With You, featuring stripped down arrangements of songs from her Broadway shows, is available on iTunes. caissielevy.com

Congratulations to our Spring 2014 graduates!