AMDA alumna Mary Knickle has been a performer, an accomplished musician and now as a composer, she has written and produced her first musical based upon the legend of Morgan Le Fay. Maritime Concert Opera in Halifax, Canada presented the first workshop performance o Morgan Le Fay featuring 13 cast members in November of 2011. We caught up with Mary to talk to her about her time as a student at AMDA along with her inspiration for creating a new Celtic musical and where she will go with it next. 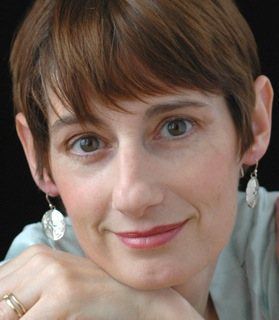 My experience was wonderful on many levels. Our class was smaller and we had a lot of individual attention. AMDA opened me up to many experiences mainly working with professionals most of whom were working on Broadway. They had so much knowledge and insight.

What did you find to be some of the benefits of studying in New York?

Oh! What isn’t a benefit–just the exposure to so much high quality work. That is the icing, and not just in the present but the past also. Back then we did not have computers, or You Tube to watch Joan Sutherland, or Carol Channing. We went to the library and the Lincoln Center and had access to all of the past musicals. However even with today's technology nothing can compare to the real thing and the city of New York.

What were your initial goals for yourself when you graduated?

I wanted to work right away. I found a summer stock job and went on to touring theatre in Canada.

What was the transition from AMDA out into the world of auditioning and performing like for you?

You have performed in such a diversity of work including Opera, Musical Theatre, Drama and have played with a Celtic band. How has this helped you today?

I think all that I have done has led me to be a composer and the performer I am today. Although I have composed and written for 30 years - it is just now that I feel ready to write entire opera's or musicals. All of the above prepared me for this.

Tell us about what you are doing now?

I've just workshopped my first opera/musical on Morgan le Fay (Opera by design, musical by music style with celtic influences). I am now submitting it for further workshops. I also have been asked to write a Christmas one-act opera with string quartet. I also have a new musical in the works. This will truly be a musical in design and in musical style.

What inspired you to write a musical about Morgan Le Fay? And how did you go about the undertaking?

I have always read and have been fascinated by Grail Lore. I came across information on the Morgan Le Fay before misogynist monks wrote about her. She has always been portrayed as the evil sorcerous. I became fascinated with this other side of the story; her story. In a way it almost felt as if she was writing it not me.

You have presented your first workshop of the performance. How did that go?

At both performances (Halifax and Lunenburg) it received standing ovations. People seem very excited almost passionate about it.  I went out on a limb to write this - yes I have written songs for musicals and many individual songs, but to write an entire musical myself? It was a big undertaking. I thought and hoped people might "like" it but I was not prepared for the reaction of my colleagues, some of whom are very critical "Well Mary, I thought I would like it, I mean, your music is nice, but I did not think I would be blown away by it. I am truly impressed." That reaction was amazing and unexpected and it felt like I was in a movie. REALLY! Still there is lots of work to be done - it needs to be workshopped again and again. The two performances were very quickly put together and not staged. They were done in concert format. Opera Canada did a fabulous review of it - the best one could hope for. It definitely has a future.

What are your plans for the musical and yourself?

It needs to be workshopped again in it's entirety and it needs to be staged. There were 20 minutes or more cut out of the musical that I think needs to be heard before it is completely nixed, and I would like to try it with another style singer. In the end we used a soprano but I would like to change all the keys back to their original and try Morgan le Fay as a "high belter" almost a Patti Lupone voice. The piano score really needs to be re-written. I knew this but had it confirmed by several professional pianists. The challenge is to find that person. It also could be orchestrated - but I want a piano score as well to be accessible for smaller theaters.

Do you have any advice or tips for current students and recent graduates?

I think the most valuable is to follow your gut instinct and do things that you are afraid to do. Then you truly grow. I'm not talking sensational things - I'm talking growth things. If you've always 'wanted" to write this play or take composition, then do it! But be practical and pragmatic in doing it. Don't just stick to something because it is comfortable, and that includes friends, acting habits, writing styles. Break out. It took me a long time to learn that.

Thank you so much for sharing your experience with us. We look forward to hearing more about Morgan Le Fay as it continues to make its way to new stages.