Congratulations to AMDA alumna Vasthy Mompoint who is currently in the new musical Soul Doctor, her 5th Broadway show! Vasthy plays the role of the blind guitarist and is understudy for the lead role of Nina Simone. Prior to Soul Doctor, Vasthy was a featured dancer/ensemble in Ghost the Musical on Broadway. Additional Broadway credits include: Good Vibrations, Hot Feat and Mary Poppins.

Soul Doctor is the true story of controversial Rabbi Shlomo Carlebach, his passion for music and his relationship with Nina Simone. Currently in previews at the Circle in the Square Theatre in NYC, Soul Doctor officially opens on August 15th. Further information and tickets. 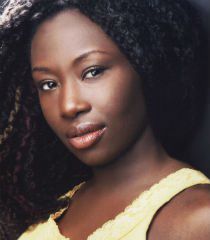