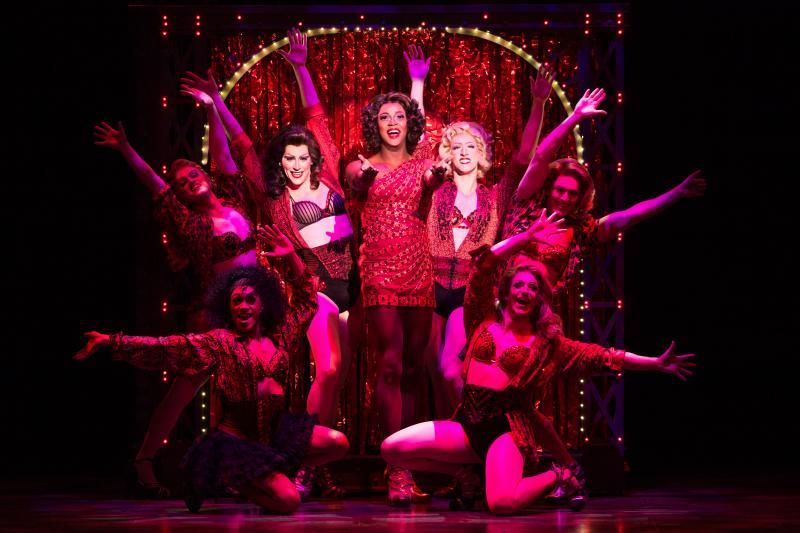 J. Harrison Ghee (Integrated 2009) made his Broadway debut as Lola in Kinky Boots on March 6. [more]

Minami Yusui (Integrated 2004 ) is in the ensemble of Miss Saigon on Broadway. Opening night is March 23.

Jeremy Pope (Integrated 2012) is the lead in the new musical: The View Upstairs. [more]

Sarah Lindsey (Integrated 2014) is in the National Tour of In the Mood. [more]

Matthew Sims (Integrated 2013) is performing in the National Tour of Motown. [more]

Aaron Atkinson (Integrated 2013) performed in The Slow Burn Theatre production of Titanic: The Musical, in the role of Jim Ferrell, at the Broward Center for the performing arts in Ft Lauderdale, FL) [more]

Reuben Hoyle (Integrated 2016) is playing the Tin Man in a Traveling Production of The Wiz.

Staci Johnston (Integrated 2010)is part of the ensemble for Musicals Tonight’s! production of Louisiana Purchase now through March 12. [more]

Robert Serrano (Integrated 2014) will be playing Link Lark in Hairspray at The Palace Theatre in Manchester, NH.

Tyne Daly is set to star in the world premiere of Chasing Mem’ries: A Different Kind of Musical, part of the Geffen Playhouse’s 2017-2018 season. [more]

Nicholas O’Neil (Music Theatre BFA 2016) will be playing Luis in West Side Story at La Mirada Theatre April 21 through May 14. [more]

Chen Drachman (Integrated 2011) plays the role of Meadow on three episodes of TV series “The Path” on Amazon Prime. [more]

Justin Sams (Integrated 2012)is in three episodes of TV drama “When We Rise” only on ABC.

Carlos Villar (Studio 2012) can be seen in a new Chase commercial. [more]

Heather Mae Foard (Integrated 2008)is a semi-finalist in the International Songwriting Competition for her song “Hero”. There were over 16,000 applicants. [more]