Congratulations to AMDA MTP Faculty Igor Goldin who recently took home the 2013 New York Musical Theatre Festival Award for Excellence in Directing for his work on the new musical Crossing Swords. The production also won several other awards for excellence, including: 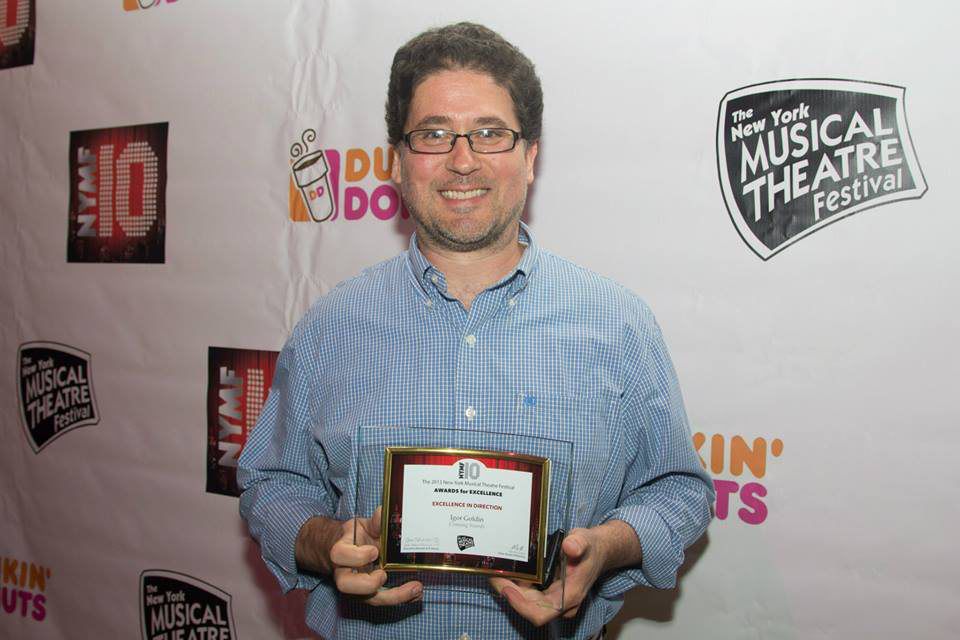 Crossing Swords marks Igor's 10th production at NYMF and his 3rd Award for Excellence in Directing. He also received NYMF awards for his direction of Jane Austen's Pride and Prejudice and Common Grounds. Most notably he directed the NYMF production of Yank! as well as its off-Broadway run which earned him a Drama Desk Award nomination for Outstanding Director of a Musical.

More information on the NYMF Awards.