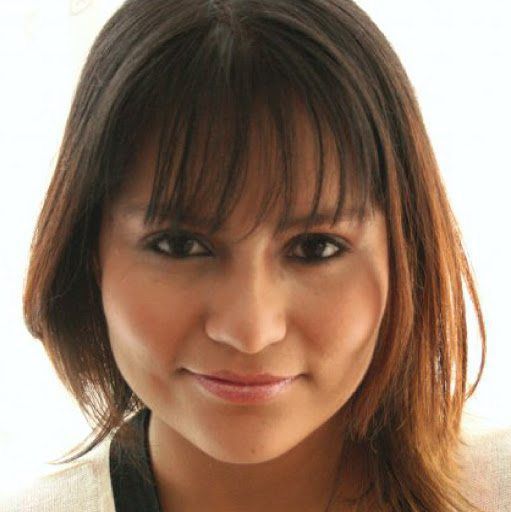 From a young age, AMDA alumna Rosa Alicia (Azuara Hernandez) Delain knew she was destined for the theatre. After every show that her mother took her to see, she would return home to re-enact each scene. There was “the  time we went to see an adaptation of Swan Lake for kids,” she recalled, “and all I did the whole week was repeat all the lines from the show that I could remember. I was four!”

As an adult, she desired a professional career in musical theatre and soon realized that the scope of performing arts education in Mexico might not be enough for her. “I studied drama in Mexico City before I went to AMDA, …  but I felt like it was 85 percent theory and 15 percent actual acting.” With the support of her family, Delain sought out performing arts schools in the United States. Hoping to pursue all facets of musical theatre—dancing, singing, and acting—she discovered that AMDA’s Integrated Program offered just what she wanted.

After two years of rigorous study, she returned to Mexico to found her own theatre company, Re-Crea Teatro, as well as to give back to her community by “recording audio books for kids and young adults that are blind or partially blind … thanks to a new program put on by the National Autonomous University of Mexico.” Beyond this, Re-Crea Teatro also functions as a school, providing students in Mexico the opportunity to train with professional artists, and to use their newly developed skills in full productions, much like AMDA. She even invites AMDA alumni to Mexico City to teach, giving students a similar experience to her own.

Delain is currently directing the original Mexican cast of Peter Quilter’s End of the Rainbow, set to premier May 27, as well as two more shows in 2015, with no signs of slowing down.

What about AMDA was different from performing arts schools in your home country?

AMDA was like a dream come true. You act, sing and dance since day one and you get to learn from the best teachers, people that actually know what they are saying and why, a faculty full of professionals that know the craft better than any others.

I founded a musical theatre school in Mexico City a few years back, Re-Crea Teatro. We can´t offer a degree there yet, but other grads and I give tons of master classes, workshops and classes to share a bit of what we know with the aspiring actors. Some members of the AMDA faculty have come to Mexico City to share with my students (and who we always encourage to go to AMDA). Some of them are actually in the audition process.

AMDA will always be the place I belong to, a place where you feel at home.

What are you currently working on?

I will be directing the original Mexican cast of Peter Quilter´s End of the Rainbow in Mexico City, then during the summer, directing Sweeney Todd and producing Cyrano de Bergerac, and during the fall I will direct Rent. Another thing I´m working on is the recording of audio books for kids and young adults that are blind or partially blind so they can continue their studies. 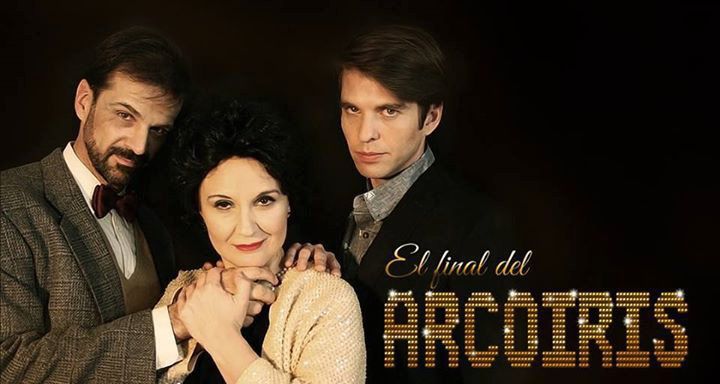 How has AMDA prepared you to pursue the career of your choice?

AMDA gave me the skills to “be.” I wouldn't be who I am without AMDA's great faculty. It prepared me for the real world, taught me to respect theatre, my work and the work of others, but on top of everything, AMDA taught me to love my profession and to do it always with passion, respect and giving it my best. You can get all you want from AMDA because the teachers are willing to give you everything. You just have to be willing to learn, have a hunger for knowledge and hard work. If you do, AMDA is the place for you and the beginning of a great career in what you love doing.

How did you develop a passion for acting and theatre?

My mom is one of those parents that take their kids to every show. She and my aunt used to take me to the theatre, ballet and all sorts of performances. And once we were back home from the theatre, I used to put all my teddy bears and toys in a circle and perform for them.

So when I was like eight, I looked up in the phone book an acting school for kids without telling anybody. No one answered so I left a message on the answering machine, and they called back while I was at school. So I came to the door and my mom and my grandmother were sitting at the table and they asked me, “Did you make a call to an acting school?” And I answered simply, “Did they call back already?” And that was it. My mom took me there and a few years after I went to another school that had an acting program for young adults, so by the time I went to college it was clear that I was going to be a theatre person.

What specifically drew you to AMDA (versus other schools)?

As a teenager, I loved musicals so much that my mom and I looked for musical theatre schools. There was no such thing like a musical theatre Integrated Program here, but there were a lot of workshops lead by guys that were in musicals like Jesus Christ Super Star and Les Misérables. So I took every class I could with them. Then I met Ricardo Villarreal, who was a Mexican theatre actor who had an incredible talent, [and] as a teacher, he made me feel secure about me and what I could do and he encouraged me to go for it. He believed in me. After he passed away, following his advice, I looked up some schools in the US.

I met a few AMDA grads from Mexico and I liked what they did on stage, so I looked into AMDA and other musical theatre programs. What I was looking for was a program with intensive training in all three areas—singing, acting and dance—and, of course, a program that was focused more on giving technique and training for the stage, a program that will transform their students into well-rounded artists. Because that’s what is missing in other programs. Some are a bit more theory than doing and there´s no better way to learn to act than acting. So after talking to the AMDA grads and with the admissions department, I decided AMDA was the place.

How did you start your Re-Crea Teatro in Mexico?

When I was at AMDA talking to another kid from Mexico, we realized that we had to work harder than other kids because they came from a stronger background in musical theatre than us, this in the sense that we don’t have performing arts high schools where they teach musical theatre, or real training as musical theatre performers.

So when I came back to Mexico, I founded Re-Crea Teatro, where we do put on plays but you have to get training first. So if you want to be part of the play, you have to be part of all the classes and workshops first and train as a performer. This point of view is new here because you don’t have to take classes separately; we train the kids first and then put on the play, musical or concert where they can use what they have learned.

We are looking to get more prepared actors for the musical theatre scene in Mexico and that´s why I always bring people from New York, specifically members of the AMDA faculty, to give master classes and workshops at the school. I like to think that I´m giving them the basics I didn’t have when I was their age.

What is it like to be a director in Mexico? Is musical theatre popular in Mexico City?

I think musical theatre has been getting more popular over the years, but we have always had musical theatre here, just not a school specialized on training actors for the musical theatre stage. There is even a book called Pure and total magic (History of Musical Theatre in Mexico City 1952 to 2011) (Magia pura y total [Historia del Teatro Musical en la Ciudad de Mexico 1952 a 2011]), written by former journalist Fabian Polanco, who is working on a second edition that will include all shows until 2014.

But being a director in Mexico City is an adventure that not only leads you to direct musicals, but to direct all sort of plays...to work on theatres that sometimes have all the technology and economic resources and sometimes are just a black box with three lights. So you have to be prepared to work with what you have, technically speaking, and be ready to create pure magic with almost nothing. On the other hand, the most difficult part is to find the right cast, which is one of the reasons why I love working with AMDA grads (because I know I will get what I´m looking for) and one of the reasons why I train actors too.

Being a director has given me the opportunity to work with actors from all sorts of backgrounds, to learn from them and to grow with them. Directing is a responsibility to the creative team, the play itself, the actors and the public. So every time I direct, whether it’s a musical or a play, I think of it as an honor and an opportunity to grow.