Training a machine gun platoon in the heart of Australia, AMDA stage combat instructor Charles Currier found himself face-to-face with executive producer Tom Hanks, who wished to speak to the military tech team about his vision for HBO’s Emmy-winning miniseries “The Pacific.”

“If this doesn’t look like documentary footage shot in HD from 1945,” Hanks said, “I’m sending you all home. Your job is to make it look flawless in terms of its integration of the time period.”

An intimidating task, but Currier couldn’t have been happier. “I was a little scared, but I was also thrilled: I love to hear the commitment from an executive producer that they want truth.” 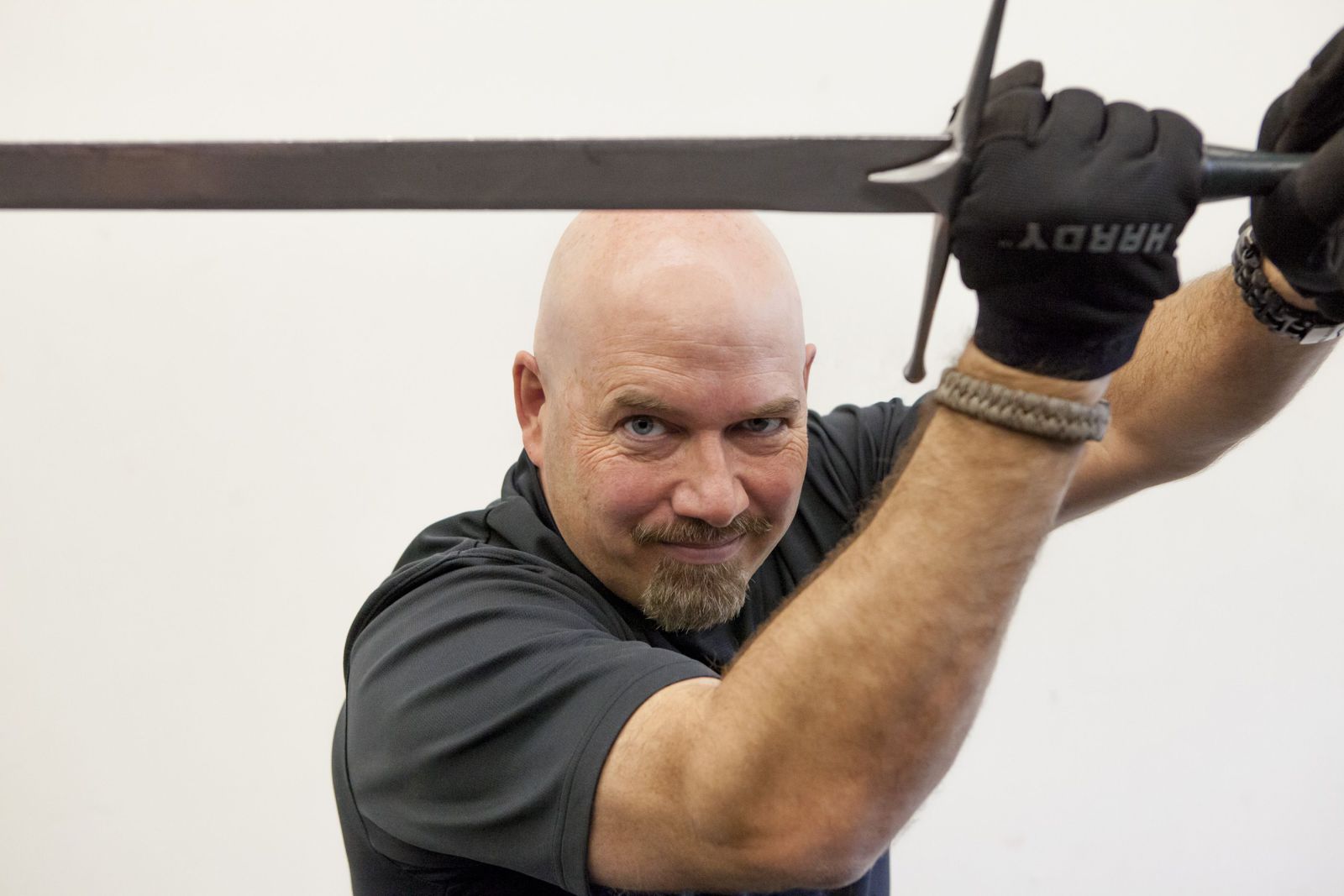 Years later, Currier found himself on a set where “truth” seemed scarce: the zombie apocalypse movie Resident Evil: Extinction, where he trained lead Milla Jovovich to use kukri knives in a “truthful” way for slaying hordes of the undead. “I tried to figure out, what kills this kind of zombie? Is it only head trauma, is it cervical spine damage, and how do I exploit the principles of the kukri knife to render those kinds of things?”

As AMDA’s stage combat instructors know, this is one of the greatest challenges an actor faces: bringing emotional and physical honesty to violence, no matter the setting. Instructor Tim Brown, who worked on such blockbusters as Marvel’s Thor and Liam Neeson’s mobster film Run All Night, described the acute challenge of training students to balance emotion with physicality in stage combat. “I’m playing a character who’s trying to kill you with everything I have. Emotionally, I have to portray that honestly, and as a performer I have to play that dichotomy where my body language and my emotions are trying to kill you but I’m also keeping you safe. It’s one of the hardest things any actor ever has to do onstage.”

That hard work pays off. Today, AMDA offers one of the finest stage combat training programs for college students in the country. Where most performing arts institutions offer one or two stage combat instructors, AMDA boasts a faculty of 13 instructors between campuses, all of whom have professional combat experience. Each spring, AMDA’s students have the opportunity to get certified by the Society of American Fight Directors (SAFD) through a rigorous examination in hand-to-hand combat and rapier/dagger, with some students even receiving recommendations from the SAFD for the seamless integration of combat into their acting.

Lacy Altwine, the supervisor for AMDA Los Angeles’ combat division, described a few course options AMDA’s students have: “Stage Combat I is unarmed combat, and Stage Combat II is single rapier combat. ... If they decide to take Stage Combat III, they get to take rapier/dagger and broadsword. After Stage Combat III, we offer three advanced combat classes on a rotating basis: Currently in the fall we offer Fight Choreography/Direction; in the spring we offer the Skills Proficiency Test in unarmed [combat] and rapier/dagger; and in the summer we offer Environmental Combat.” The combat division is also thinking about creating a rotating specialty course, where students can train in specific fighting styles, including martial arts, knight warfare and katanas. 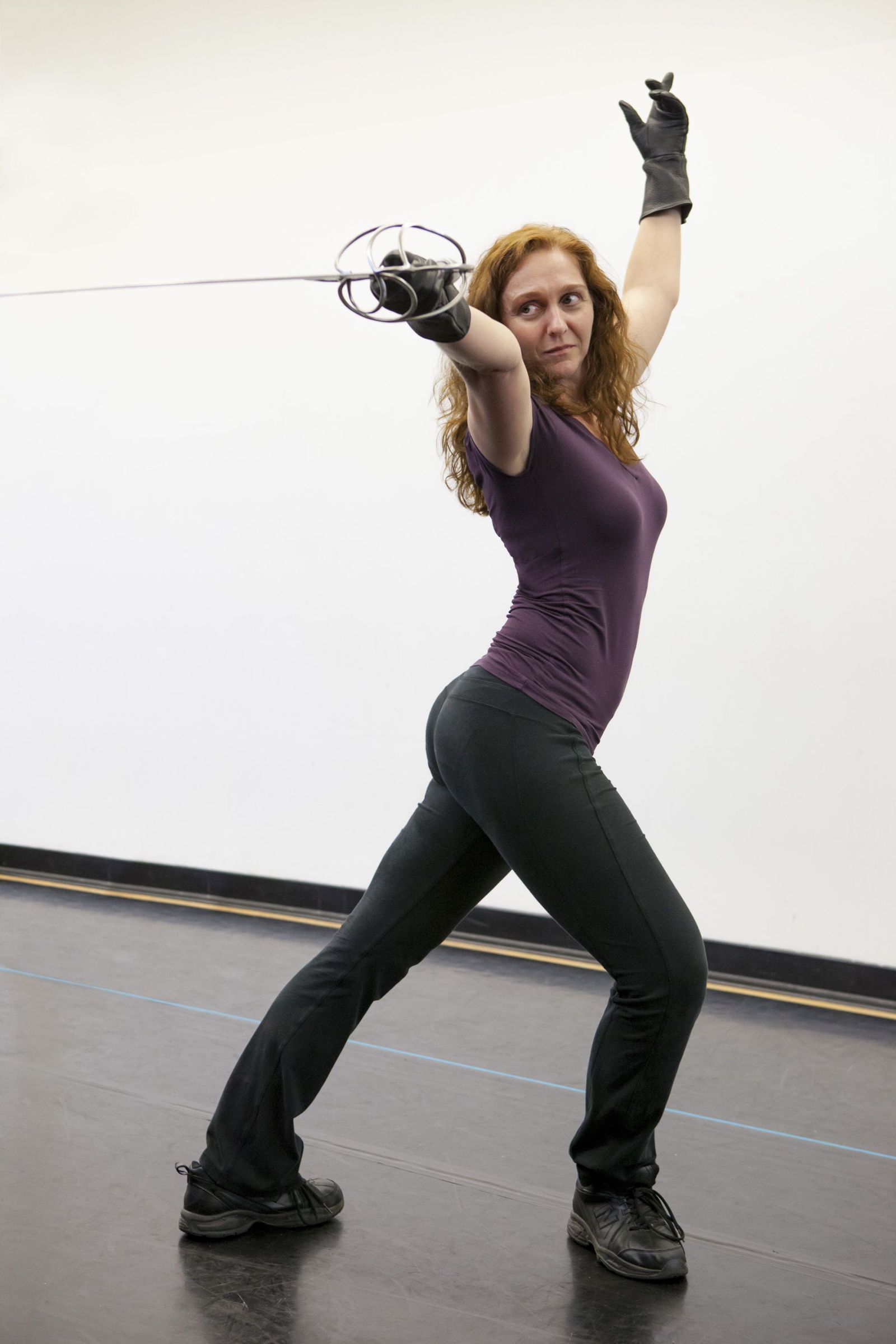 Wielding a weapon, however, is only the beginning.

The career of a stuntman can involve severe injury and, at times, death. In its stage combat program, AMDA thus takes great care to train its students on working safely in Hollywood’s most dangerous profession.

“The school values the commitment to combat and what that provides each student in terms of actual self-protection, self-preservation,” Currier said. “People get hurt, and unfortunately sometimes die on sets, which is ridiculous.”

Yet nowadays, safety seems to be the last thing on the audience’s mind: From superhero movies to high-octane car chases, the demand for big-budget violence is greater than ever. As Brown notes, "The audience is faster, more sophisticated in terms of that stuff. So you have to work a little more to make sure you’re delivering that story in a way that they’re gonna buy into.” And therein lies the rub for actors: meeting the extraordinary demands of an audience inundated with Hollywood’s superhuman gods and explosive warfare."

It’s a little trickier to create believable works onstage,” Altwine added. “[Movies] can use the camera and camera tricks to make things look great, but you actually have to be pretty skilled to make it look good—really good—onstage. I think that’s where a lot of our students have an advantage, because they get that opportunity to learn that.” For this reason, AMDA focuses its stage combat training on evoking honesty and believability in its students.

Despite this, film and television often push away from emotional honesty in combat. For action-heavy productions such as Marvel films, Star Wars and the Fast and the Furious, storytelling often falls to the sidelines in favor of 20-minute fight sequences with cataclysmic destruction in every frame. As Altwine remarked of the modern Star Wars trilogy (Episodes I, II and III), “It doesn’t seem like they’re attacking each other, it seems like they’re attacking each other’s blades. To me, that’s where it’s more about flash and bash than it is about story: just a lot of cool spinning lights.”

“It’s not just about the 100-foot wall of fire,” Currier remarks. “It’s about decisions being made—well or badly—by an individual character.” AMDA’s stage combat instructors emphasize to their students that choreography is “physical dialogue” to be taken no less seriously than the spoken line.

That critical foundation is why Brown believes shows such as “The Walking Dead” and “Game of Thrones” are making a name for themselves in the face of superhero blockbusters: Audiences can’t emotionally connect to an invincible character. “I’m never really worried that Thor is going to lose, or Iron Man is going to be defeated... But when you take a human, put them up against a supernatural force like zombies, and you only give them more rudimentary tools, you’re putting them at such a disadvantage that now it takes a heroic struggle to overcome that—and that’s a story that we as humans are more passionate about.” 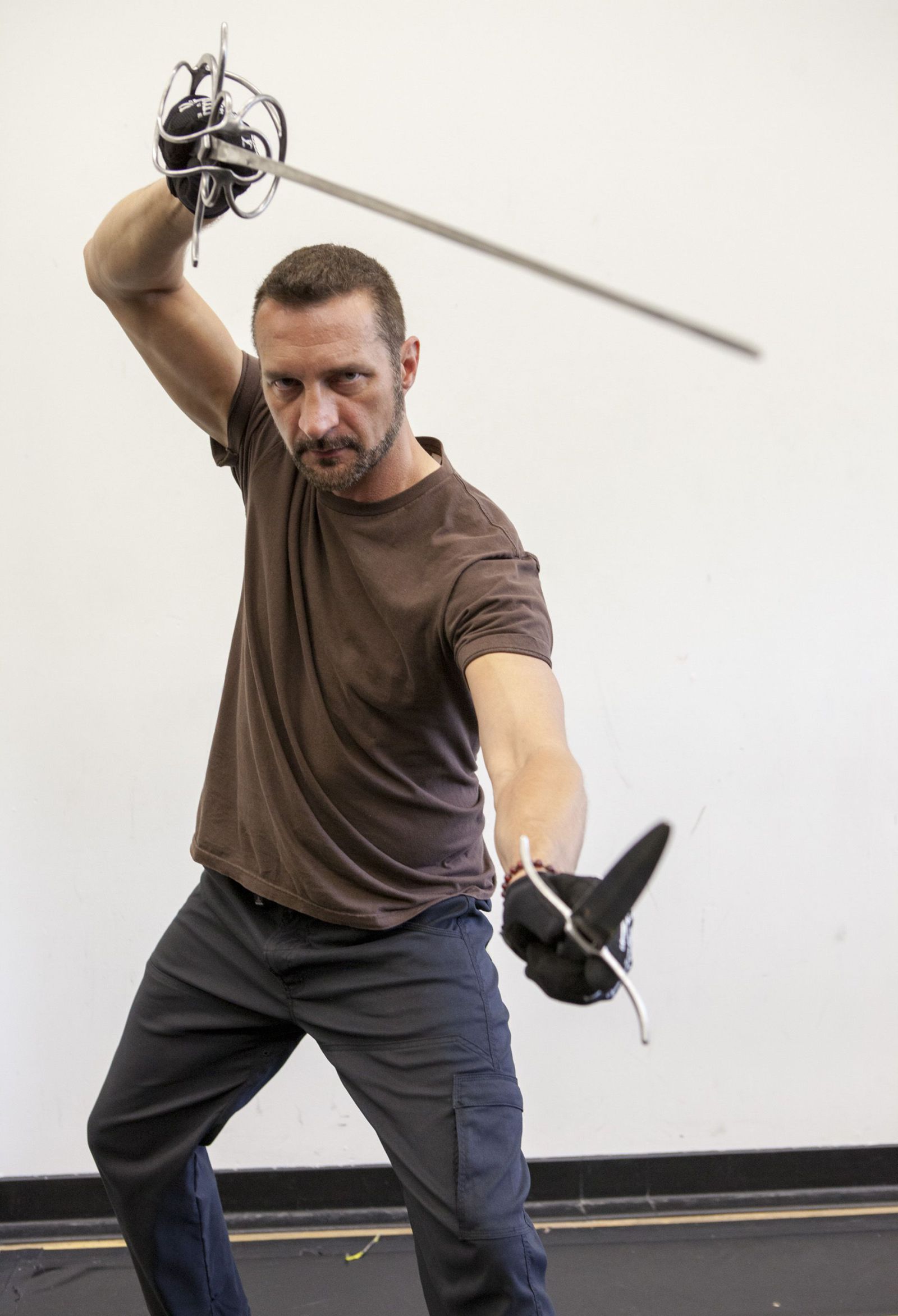 Successful action scripts share another secret for connecting to their audiences: environments with limited technology. From “Game of Thrones” and “The Walking Dead” to pretty much any blockbuster based on a young adult fantasy novel, Hollywood seems obsessed with pulling audiences into medieval or post-apocalyptic worlds. So why the trend?

“No guns,” says Brown. “That’s the biggie. Without guns, the characters are forced to fight in a more visceral, immediate way. ... If I can shoot the bad guy from here, that’s one thing, but if I have to go up and kill him with my bare hands or I have to get close for the zombie to almost get me, to actually save myself, that just ups the stakes. It’s more dramatic, it’s more immediate and visceral for the characters, and therefore more exciting for the audience.”

While the violence may be staged, the fear is real, and that excitement keeps audiences coming.

“It offers escapism in a sense, a sense of fantasy that they can escape through another world and live through the characters,” Altwine argues. Bearing this in mind, AMDA’s instructors caution students that great actors don’t turn to the latest fire-throwing superhero for inspiration: To find the real heroes, actors must turn to the world around them.

“I’d rather write the zombie movie about the librarian and the accountant laying it on the line and fighting to preserve things than the ‘warrior’,” remarks Currier. “So if you’re coming into my class, I feel it’s my job to find a way to challenge you. Whether it’s in your personal perspective of who you are to be a warrior or not, I’m going to try to find the warrior spirit, to train it, honor it and get it strong.”

At the end of the day, stage combat is not about flashing swords, exploding motorcycles or walls of fire. It’s an emotional challenge demanding actors to externalize their personal struggles into universal emotions for audiences to understand.

“Frankly, I don’t think you choose to be an actor or performer of any kind without overcoming some struggle, emotional or social,” said Currier. “You decide to do this job, and you decide to come to AMDA and train and tell stories. And everybody wants to tell a big story.”

AMDA’s stage combat program allows students to tell that story: Surrounded by the clash of ringing broadswords and lunging bodies, AMDA’s instructors push students through a rigorous program that trains students to confront their own emotions, bodies and fears.