Douglas Nyback Transitions from Syfy's “Defiance” to “Hell on Wheels”

When your character dies after a firefight while trying to blow up a nuclear power station, it’s usually safe to assume you won’t be returning to the show. Not the case for AMDA alum Douglas Nyback, who, despite his brutal demise as Ben Daris on SyFy’s “Defiance” returned to play the recurring role Sgt. Frei Poole for the show’s final two seasons. Appropriately, gruesome death proved only a temporary deterrent for the committed actor: Nyback’s impressive versatility—as well as some pretty trippy alien prosthetics— made his unlikely return possible. With “Defiance” having wrapped its final season, that same dogged versatility has ensured his continued collaboration with the show’s creators, leading to some exciting opportunities. 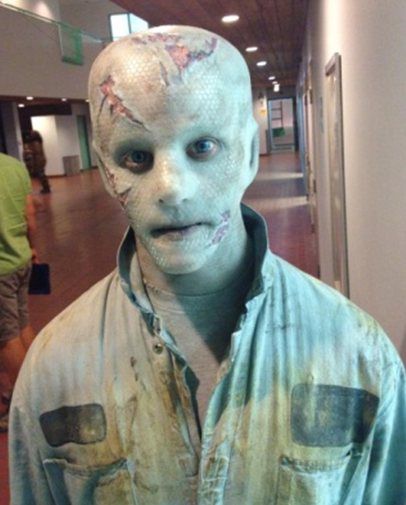 “When Ben died I was, of course, very sad to leave the show,” he recalls. “I didn’t know they would ever bring me back as a new character, but when I got the audition for Poole I was beyond excited.”

Nyback first moved to New York to attend AMDA a mere eighteen hours after finishing his high school biology final. Since graduating, he’s managed to build an impressive resume, his education providing a realistic idea of what to expect from the industry.

“The training at the school was relentless, kind of a 24-7 pursuit, with real consequences if you didn’t give it your all,” recalls Nyback. “I’ve auditioned in a lot of very stressful rooms, with a lot at stake and very important people watching, but I have never had an audition that was more demanding than the average class at AMDA. The school prepared me for the industry in a significant way by demanding I demand more of myself.”

The rigorous training proved vital for Nyback’s ability to sink his teeth into the intriguing second role. “I love Poole; he started out as a soldier in a massively restrictive, hugely militant organization, the Earth Republic. They come in to ‘Defiance’ in season two as essentially an occupying force. They’re pro-human and very against alien cultures. Sgt. Poole began as a very dedicated and borderline cruel soldier. But as the story progresses and the town goes through what it does, he, alongside his superior officer Berlin, gradually come to love the town and its people.” 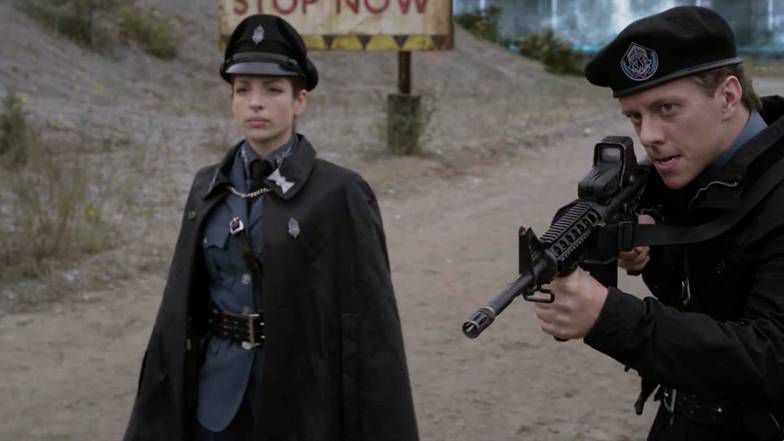 While Nyback’s affection for the show’s characters is evident, it’s the real-life cast and crew who captured his respect.

“When we all first booked ‘Defiance’ and got to the table read of the pilot, we knew we were all a part of something special. I’ve never been a part of a cast, crew and creative team that’s more invested and in love with a show. Science fiction brings out such a wonderful side of creative personalities… The show’s co-executive producers Kevin Murphy and Michael Nankin have been hugely supportive of me. They’re two of the most talented and creative people I know and being asked back by them was such a happy homecoming. I’ll always love Defiance and be grateful to those two gentlemen. It’s their world, I’m just happy to be living in it.” 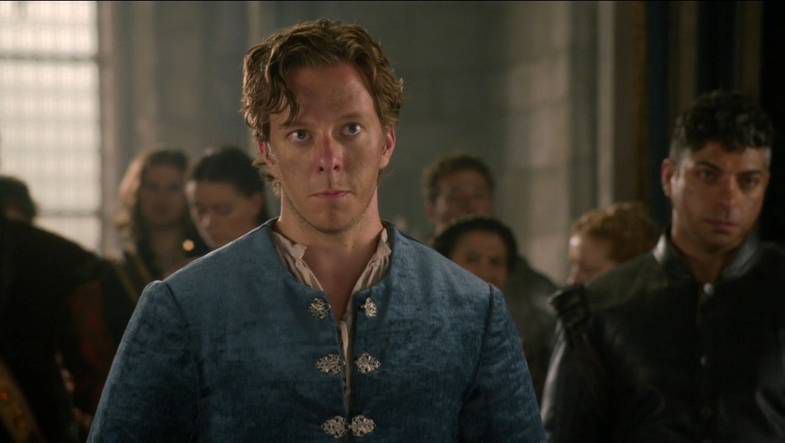 While the final episode of “Defiance” aired in August, Nyback’s association with the show’s producers will continue. His success on the show has already led to another high-profile role on AMC’s hit western series “Hell on Wheels”, where he’ll once again work with Michael Nankin, the director for the reconstruction-era drama.

“I was incredibly excited to get a chance to go work with Michael Nankin again. He and I had worked together many times on ‘Defiance’, so to jam with him on a western was a true joy. I’ve literally never met a man who loves film and filming more than him... That show is a dream, to be honest. It’s shot outdoors at the foot of the Rocky Mountains in Calgary, largely using natural light. It’s basically purist filmmaking, chasing daylight, dealing with the weather as it comes, horses, animals and incredible sets and costumes. I can’t say much about my character except that I’m a soldier in the Union Army during the civil war. But I will say it was one of the most amazing and physically challenging shoots I’ve ever had.”

While Nyback has to stay mum on the “Hell on Wheels” role, he has no shortage of immediate career plans, including several other upcoming television roles.

“I can’t talk much about it, but I just wrapped production on a pilot for CBS and SyFy called ‘Incorporated’, that both Matt Damon and Ben Affleck are involved in producing. It’s created and directed by Alex and David Pastor, who are just this blisteringly talented and incredibly kind creative force.”

So how has Nyback achieved his industry success? When asked to offer advice to current AMDA students, he’s quick to stress the importance of a strong work ethic, which he considers of paramount importance.

“Always be the hardest working actor you know. This industry owes you nothing and natural selection is alive and well within it. Some of the most talented people I know have fallen by the wayside of the industry because they didn’t put in the hours. Work until the work is done, always. When it is, stop. When it’s not, keep going. If you meet an actor who is harder working than you, work harder. Opportunity will come, that’s a given, but it’s up to you to be ready to capitalize on it when it does. And sometimes you only get one shot.”

The second half of “Hell on Wheels” Season 5 will premiere summer 2016.