The fab-in-drag musical sensation Kinky Boots continues its ever-growing list of starring AMDA alumni! After originally featuring as an Angel on Broadway, Kyle Taylor Parker (In The Heights), who played leading-lady Lola since the beginning of the first national tour, returned to the Al Hirschfeld Theatre on Broadway to replace Tony-winner Billy Porter for three months earlier this year.

Now, two new AMDA alumni will take over the lead roles for the national tour’s second year. Starting November 10 at the Bass Concert Hall in Austin, Texas, J. Harrison Ghee (The Color Purple) moves from his understudy/ensemble role to star as lead Lola, while alumna Tiffany Engen (Legally Blonde) joins him as lead love-interest Lauren.  Hernando Umana, meanwhile, made his Broadway debut October 13, after performing across the country in the national tour as the featured Angel singing “In This Corner.”

As he prepares to don Lola’s dazzling red sequins and trademark thigh-high boots, J. Harrison Ghee took a brief pause to speak with his alma mater about his new leading role, influences at AMDA, and the people who encouraged him to follow his dreams. 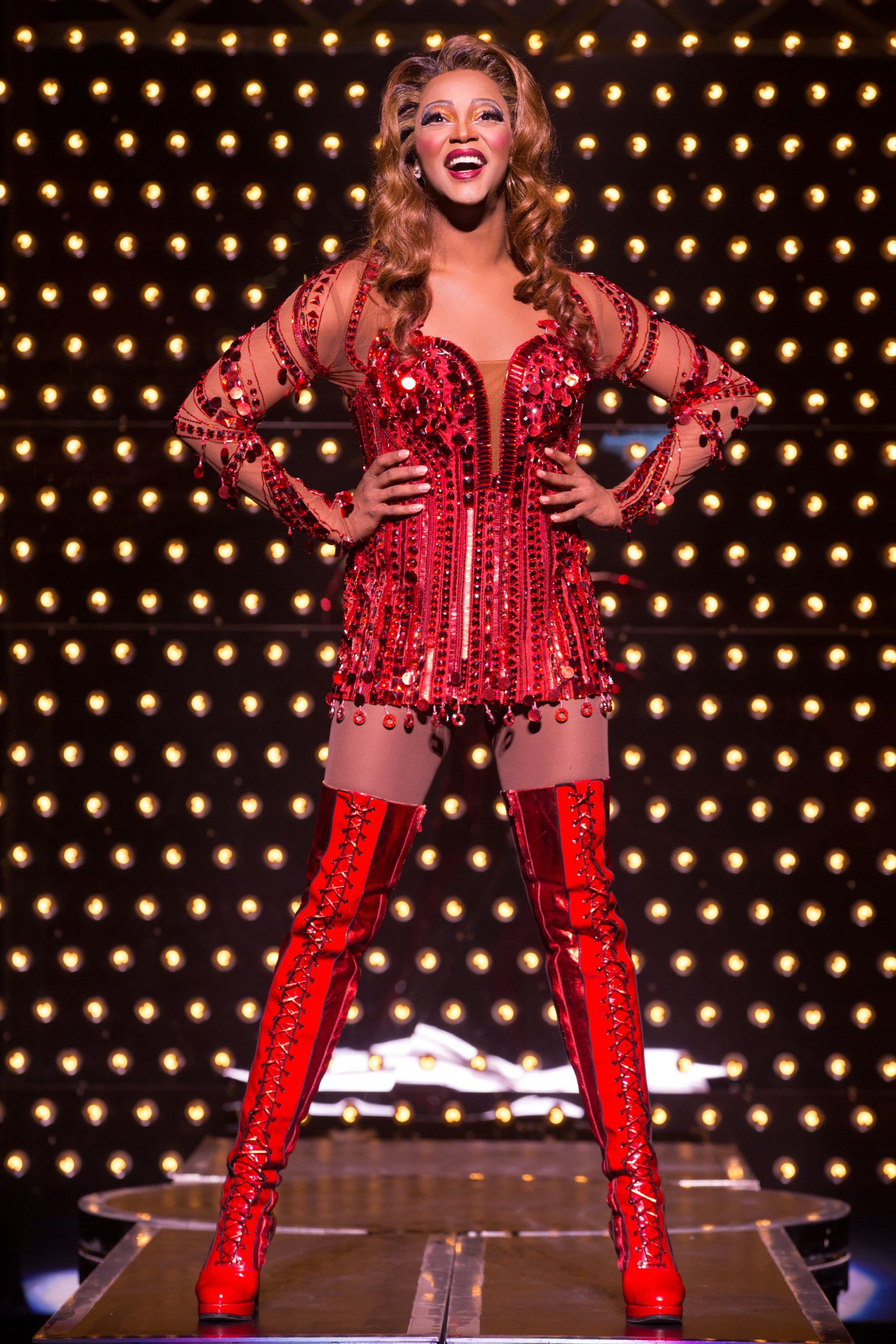 How exciting is it to move from playing an understudy to starring as Lola in the national tour?

To say that I am excited to be taking over as Lola full time in the tour is the largest understatement ever. This first year on the road has been such an amazing experience of growth and exploration, not only as a performer, but has a person. I was blessed to have the opportunity to do the show as Lola for my family in North Carolina, and that was major because I really connect with the story of Lola.

I have been doing drag as a side-gig since my first professional gig out of AMDA, and having grown up with a Southern Baptist pastor as a father, striving for his approval while remaining true to myself and my passions has been a journey. I’m glad to say that my family is utterly proud, supportive and understanding of everything that encompasses “J. Harrison Ghee.”

When you were at AMDA, did you think your future involved playing such an iconic role?

There were many days at AMDA that I imagined being the leading man in many productions—but never could I have fathomed being a part of such an amazing show, which carries a message of importance at this time in our society: accepting others for who they are and being willing to be the change you wish to see in the world. [My] thanks to Chuck Gale, who saw something in me and asked me to play a female wrestler in my acting showcase: The door to drag was opened to me, and I've been hooked ever since. It’s something I most likely wouldn't have explored so soon in my career had he not made us audition the scene and put it in the showcase.

Any fun stories from being on the road with Kinky Boots?

…I could go on for days with stories of our escapades, but one of the most fun weeks on tour was when Billy Porter came to be Lola in his hometown of Pittsburgh, PA. That I was able to sit and study the Tony Award winner and also share moments offstage with him will be time I cherish forever. I remember sitting in the AMDA library, listening to shows he was in, finding his At the Corner of Broadway and Soul album, and realizing there was someone in this business who was successful and does what I knew I was capable of. He definitely got me through AMDA through those tracks, and to be able to spend time with him one-on-one in his hometown was the highlight of my first year on tour.