Sitting in AMDA’s studio with iced coffee in hand, Brewer recounts her nerve-wracking audition for Netflix mega-series “Orange is the New Black”: “I auditioned with shaking hands, staring directly into the camera—it was crazy. I left and called my mom and sobbed for 20 minutes: ‘I’m never doing that again. That was the worst audition of my life. I’m not cut out for this TV thing... I’m not doing it.’”

Less than a week later, Brewer walked onto the set of “Orange is the New Black” as Tricia Miller, the cornrowed prison inmate struggling with drug addiction and an abusive past.

“My agent called me and said, ‘You work on Friday.’ ... Okay—insane!” Ironically, Netflix had a different idea for Tricia’s character. The casting agency wanted a 26-year-old street tough with a New York accent. Fresh out of AMDA, Brewer was only 20, her small dancer’s build hardly giving off the “hardened criminal” vibe. 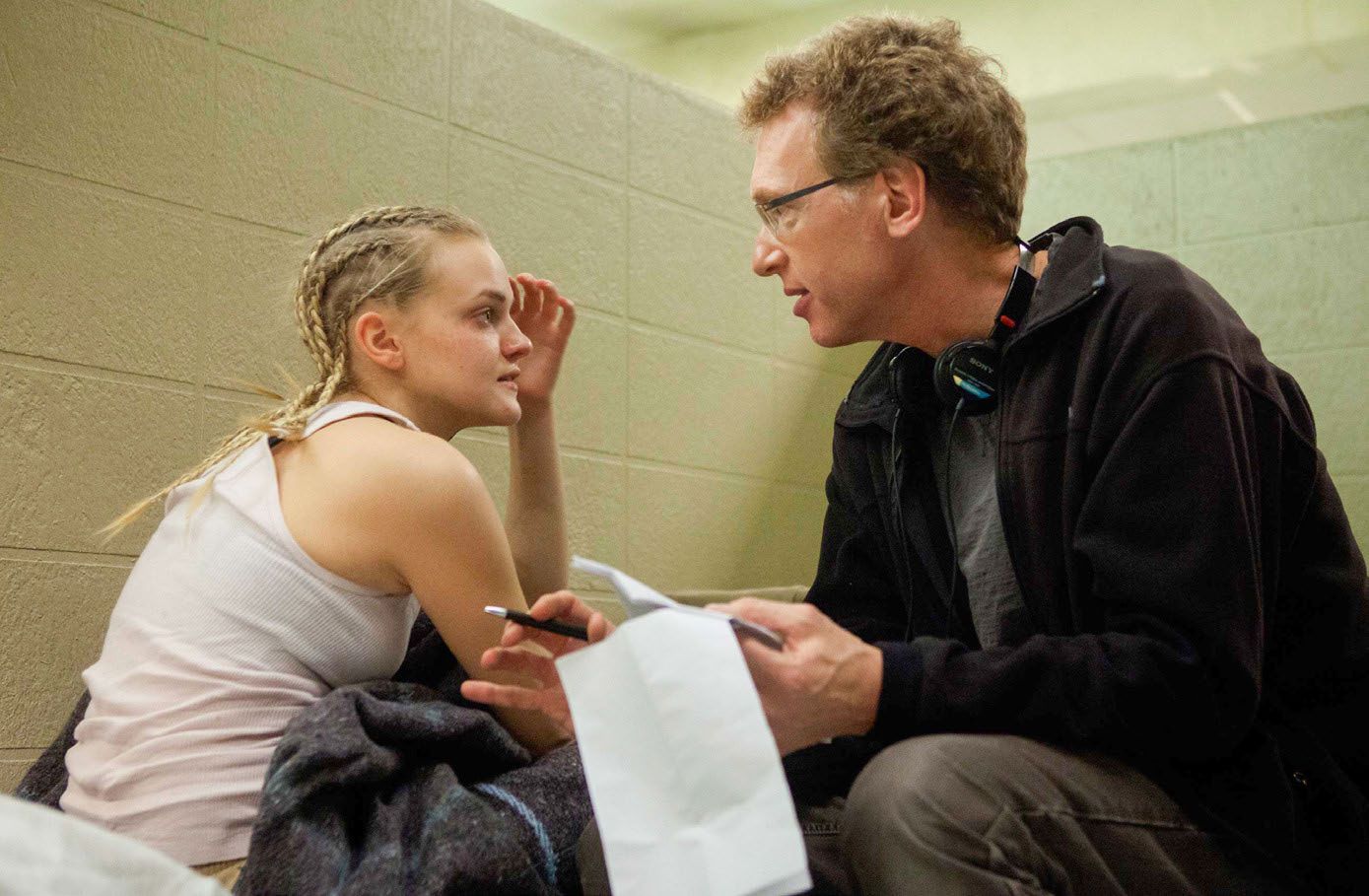 “People at AMDA tell you all the time—whether it be film, TV, theatre, anything—they’re looking for you to be the answer, not to become what they want. ... They didn’t know what they were looking for until I walked in and I showed them what I had, albeit I don’t why, ’cause I was shaking like a peeing Chihuahua,” Brewer jokes.

Clearly, she did something right: Critics and fans praised Brewer’s performance throughout the entire “OITNB” season, expressing devastation at Tricia’s tragic death. Years later, Brewer has acquired TV credits on some of today’s hottest shows. Now, however, she faces an exciting new challenge: her first starring role in a feature film.

Brewer came to AMDA New York from her two-square-mile town of Pitman in South Jersey. “Right off the bat, I had no regrets—I saw all my friends going to four-year schools and just not getting the same kind of training that I was getting.”Brewer’s career took off after performing for invited casting directors, agents and managers at AMDA’s Industry Panel Event during her final semester. “Panel night worked out very well for me,” she recalls. “I ended up getting an agent who had seen me, and signed with them a couple months later.”

Almost immediately, Brewer was cast as the lead role in the musical Liberty, working with director (and AMDA instructor) Igor Goldin for two months in Connecticut. “I couldn’t believe that I had booked something before I even graduated. I was like, how?”

Brewer was particularly excited about the “Grimm” role: “She’s one of the bad guys, and that’s fun to explore because she’s a little twisted. ... She’s left her beautiful home and decided that she wants to be part of this anarchist group. She’s like me—she’s tough.” 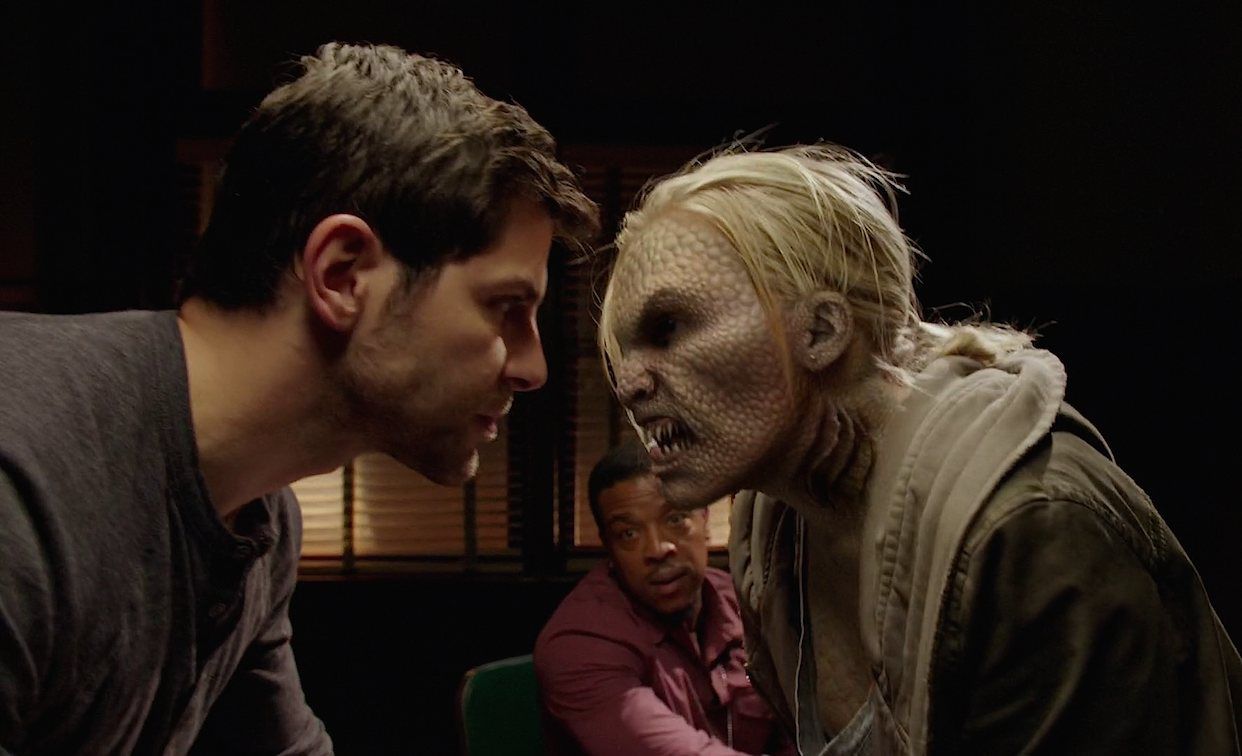 And tough Madeline Brewer has had to be. When asked what she’s learned about the industry, the young actor’s bubbly tone turns serious. “AMDA taught me that you have to be strong. You have to be strong and steady in the things that you believe because people can so easily manipulate you. People can so easily take a young artist’s mind and try to mold it into what they want it to be, or you can be manipulated and try to mold yourself into what you think you need to be. And that’s so wrong. It took me a really long time—and I’m still working on it—to be comfortable with myself and be strong with myself. Once I started looking at my life that way, boom! I booked two jobs.”

“Strong and steady” has paid off: Brewer recently landed the starring role in her first major movie, currently in production. “It’s called Hedgehog. We’re filming in Boston for a month. It’s my first film, and I’m the lead! I’m even taking a week off from the world to go home to Jersey to immerse myself in this world.”

The actor is undaunted by her lack of film experience. She credits two AMDA instructors, Ray Virta and Dan Daily, for giving her the foundation she needed for studying camera work: “[The] smaller, nuanced things that you need for camera are things I really learned from those two teachers.” Despite her lack of experience, Brewer smiles at the challenge of beginning her film career in a starring role. “If I have the option to do something that’s gonna grow me and challenge me or keep me on the same level, I’m gonna take the thing that’s gonna challenge me. That’s why I’m so excited about this movie.”

Immersing herself in the role, however, has taken its emotional toll.

Brewer notes that her character in Hedgehog, Ali, is an exploration of relationships: our interactions with love, people, friendship and, most challenging, ourselves. As she describes Ali—a wannabe comedian struggling with anxiety—Brewer opens up about her own battles with depression. “I have generalized anxiety. It’s something that’s very common, especially within artistic people, anxiety and depression—both of which are something that I’ve dealt with.” Ali’s self-sabotaging mantra is one that Brewer herself has fought to overcome in her own past: If you never try, you never fail.

“I’ve wanted to quit a thousand times. I’ve told myself, ‘I’ll give myself one more month of auditions and, if this doesn’t work out, I’m going to go back to New Jersey and be a yoga teacher.’” After “Orange is the New Black,” Brewer spent eight months without work, moving from audition to audition without success. While on set, however, fellow “OITNB” star Kate Mulgrew (Galina “Red” Reznikov) gave her a single piece of advice: Don’t give up. 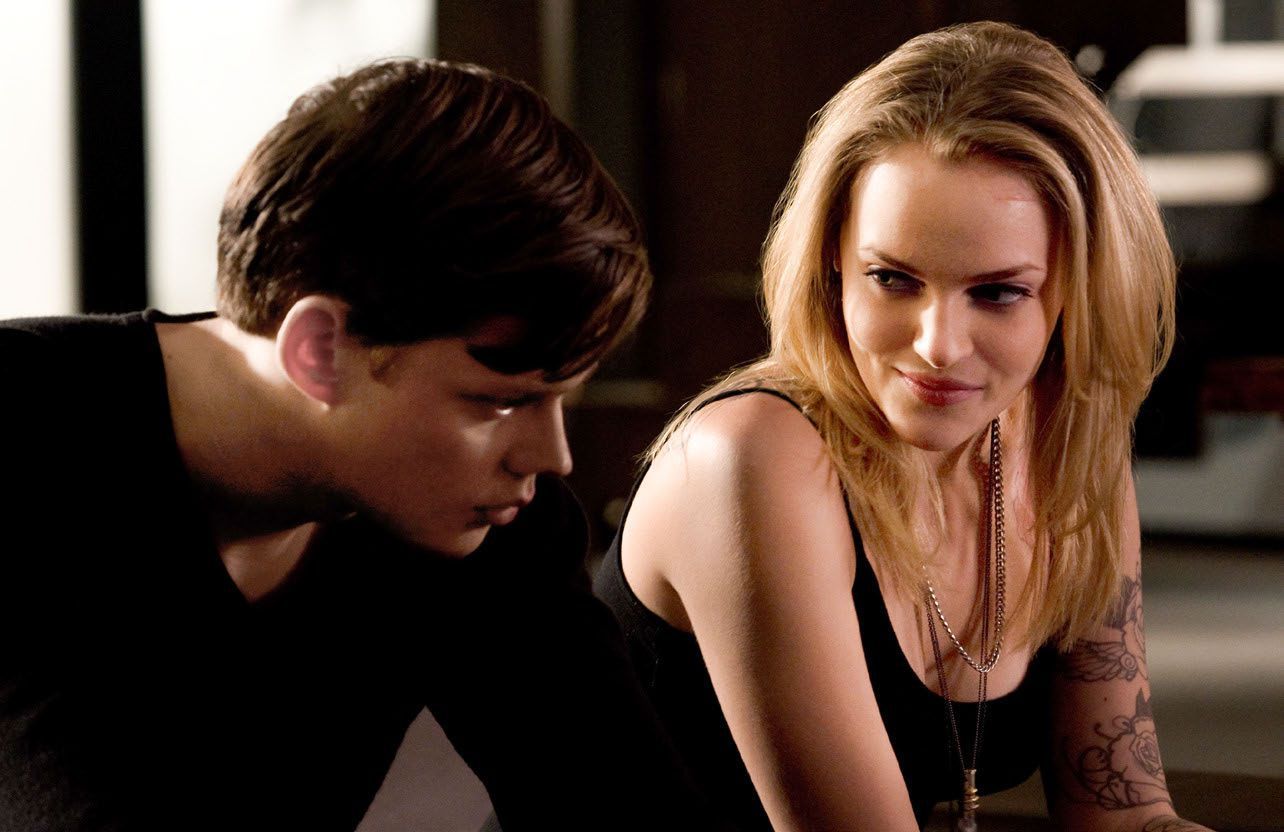 “Kate Mulgrew took me aside one day and put her hands on my shoulders. She was just like, ‘Keep doing it.’ ... [If] someone like Kate Mulgrew would tell me to keep going, why would I ever, ever bother quitting?”

Determined to continue despite the lapse in work, Brewer drew strength from her experience as Tricia in “OITNB.” “I was a completely different person before Tricia. I was very closed off, not like a mean person, but I wasn’t open, and I wasn’t open to giving or receiving love as easily.” Raising her hand, Brewer reveals the ornate letter “T” tattooed on her arm. “Tricia was such a vulnerable character that I just had to completely open myself up. She changed my life. ... She changed who I am at the core. I’m gonna cry!”

The friends she found at AMDA provided the external support that kept her going.

“If it weren’t for my friends and the friend group that I surrounded myself with at AMDA, I would have left. ... In those few people, I found my soul mates, my people who will be with me through anything and have that extra understanding of this industry and of this world and of the type of person that I am.”

Having faced down both the industry and her personal demons, Brewer acknowledges the struggles that have shaped her as both an artist and a person. “The more life experience you have, the more emotions you have gone through...the more things that you can pull from and bring and color a character so much more beautifully and accurately and give them those nuances that are so important. I learned that from my teachers.”

Despite entertainment’s stereotype as a cutthroat industry, Brewer claims you can’t succeed as an actor without a deep sense of empathy and community: “I was not a good actress when I first came to AMDA. I’m okay with saying it. I learned so much as a person, as a performer. ... AMDA was a place that I felt very at home, and I met some of my best friends in the entire world.

“This industry is a bad boyfriend. It makes you feel bad about yourself. It gives you a little bit, and then it pushes you away for a couple months. Sometimes you want to break up with it, but you gotta keep coming back because you love it and deep down you know it’s a good thing.”

So what’s Brewer’s advice for aspiring performers? Simple: “You can never work hard enough. ... I know plenty of people in my AMDA graduating class who were not the best singers, or dancers, or actors, but they work constantly because they push, and they move, and they don’t stop going.” When you find someone you admire, she adds, aspire to their level: “I found those people at AMDA that I could go into a practice room with and show them my song and learn from them. ... That’s working smart.”

Taking a last sip from her now empty coffee, Brewer rises to catch her flight to New York, where she will be filming “Grimm.” Before leaving, however, she pauses to repeat her advice to AMDA students: “Work hard. Work very, very hard, and then keep working. Then take a nap. And then work hard again.”