Fool for Love seduces you like a kiss with a fist.

Broadway is no stranger to violence: gunsmoke from revolutionary rifles, a razor-happy barber exacting vengeance with every slash. In Fool for Love, however, Tony Award-winning alumna Nina Arianda seizes Broadway audiences by the throat with violence in its most brutal, intimate form: love.

The Samuel J. Friedman Theatre’s stage reveals a seedy motel room in the Mojave Desert, the leaking A/C unit staining the wallpaper which peels over a narrow, hard mattress. The play centers around lovers May (Nina) and Eddie (Sam Rockwell), an on/off couple whose secrets from each other threaten to destroy them. Over the course of the play to follow, the pair will seek answers to their volatile relationship through tequila bottles, passionate embraces—and their fists. 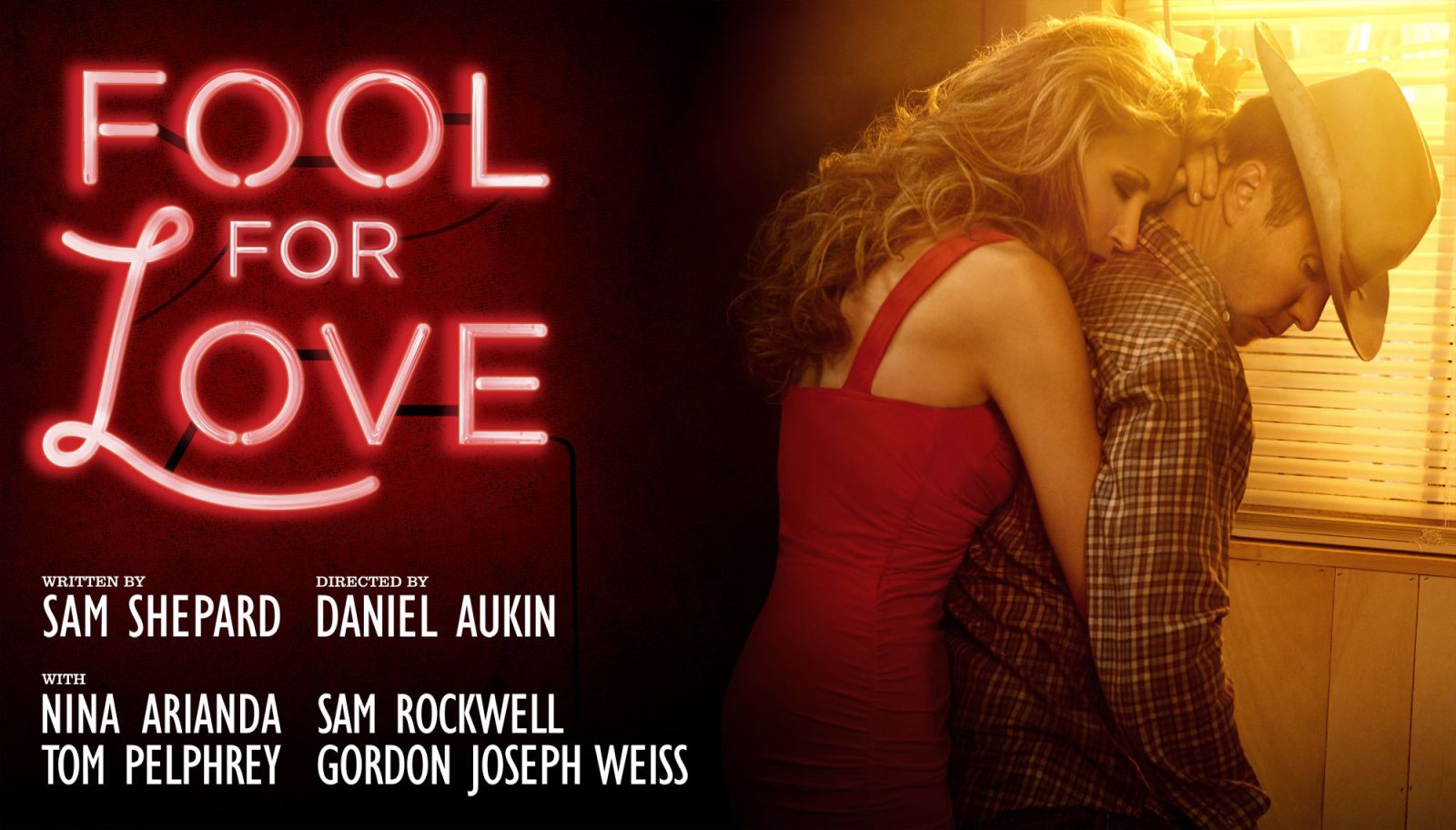 The biography for Sam Shepard’s 1983 play describes its two characters as “passionately tearing each other apart”, an unrelenting marathon which refuses to give its audience a break for the entire 70-minute run. Nina’s character May screams at, seduces, begs, and thrashes the apathetic cowboy Eddie, circling her lover in a caustic yet intoxicating relationship comparable only to a drug addiction.

The New York Times classified Nina and Rockwell’s connection onstage as “the sort of chemistry from which nuclear meltdowns are made”, lauding Nina’s ability to balance May’s spitfire attitude with her stark vulnerability: “Her performance here is all pulsing flesh and exposed nerve endings, dynamic resistance and passive fatalism. She is, in a word, magnificent.” The Los Angeles Times, meanwhile, cites Nina as “one of the leading actresses of her generation.”

Though she made her Broadway debut as Billie Dawn in Born Yesterday, Nina’s best known for her breakthrough role as Vanda in Venus in Fur, where her character’s transformation from bottom-tier actor to sexual goddess earned her the 2012 Tony Award for Best Performance by an Actress in a Leading Role. As Backstage noted in their recent feature article on Nina, Fool for Love seemed like a logical progression from Venus in Fur: “…it’s designed to leave everyone, audiences and performers alike, gasping for air.” 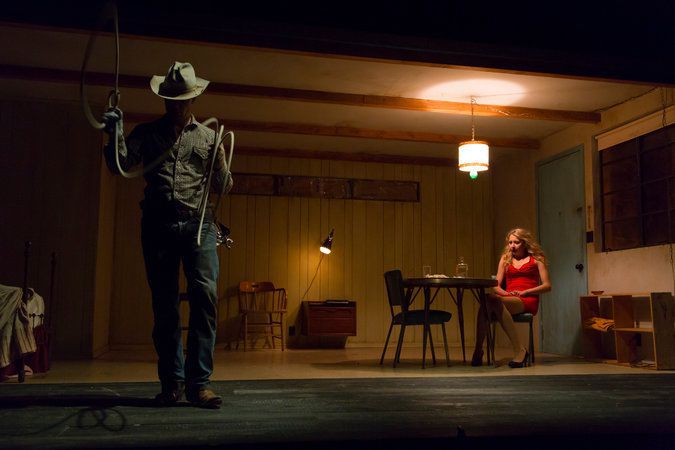 “What I love about May—and what’s challenging about May—is it’s an incredibly vulnerable state to be in,” Nina commented for the show’s teaser video. “It’s so rare to have to play that kind of extreme.”

Broadway.com revealed a highlight reel of Fool for Love, which shows Nina kicking Rockwell in the chest, leaping off the bed to sprint after him across the stage. Rockwell, meanwhile, shifts between tearing at her dress with a violent grab to tenderly caressing a trembling Nina backed against the wall. The two kiss, slam doors, and throw each other into walls while expressing moments of love, raw sexuality, and vulnerability…all within the first 30 seconds of the video.

Curled up in a fetal position on the bed, Nina begs Rockwell not to leave her alone—just before throwing her vulnerability back in his face: “You’re either gonna erase me, or you’re gonna have me erased,” she accuses him. When Rockwell asks why she would ever think that, she responds as if spitting acid: “Because I’m in the way.”

Considering Fool for Love’s success, one wonders if Broadway’s penchant for flashy action isn’t also “getting in the way” for similar productions showing the visceral brutality of real-world violence. With Fool for Love receiving such astounding reviews, the Friedman Theatre has announced that it will be extending the show’s Broadway run by another week. The fact remains, however, that Broadway has a history of avoiding violent scripts that don’t offer the level of action-entertainment one receives from today’s big musicals.

Yet this play may be exactly that: an intentional deviation from standard Broadway canon, right down to the rehearsals. As director Daniel Aukin said to Backstage, script work and explication—normally a vital part of any rehearsal—wasn’t a part of Fool for Love’s process: “There’s something about Sam [Shepard’s] writing that asks the actors to work very much from the gut and their instinct…there wasn’t a lot of intellectual discussion or deep text analysis.”

Whatever the method, there is no doubt that Fool for Love is challenging the way audiences consider violence on Broadway. Audiences can but hope that the play’s rave reviews, extended run, and overall success will open an avenue for more works based on intimate, primal instincts to emerge.

Having opened October 8, Fool for Love has extended its run at the Samuel J. Friedman Theatre to December 13. Purchase tickets at foolforlovebroadway.com/tickets/.