Launching September 4, 2014 is the 1st national tour of Kinky Boots, the six-time Tony Award-winning musical with a score by Cyndi Lauper and a book by Tony winner Harvey Fierstein. We’re particularly excited here at AMDA because the tour will have not one, but three AMDA Alumni!

The tour begins September 4 in Las Vegas and will play the Pantages Theatre in Hollywood November 11 through November 30. In 2013, Kinky Boots won Tony Awards for Best Musical, Best Original Score, Best Choreography (by Jerry Mitchell), Best Performance by an Actor in a Leading Role in a Musical (Billy Porter), Best Sound Design of a Musical (John Shivers), and Best Orchestrations (Stephen Oremus).

A complete list of the cities that Kinky Boots will be touring. 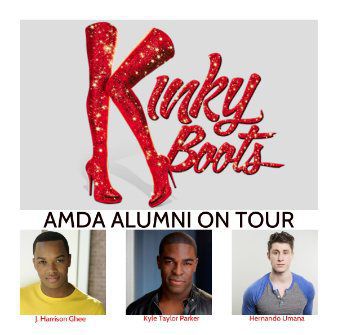