The 2014-15 Broadway season has brought a fresh face to its renowned stage, where AMDA alumna Savannah Frazier is making her Broadway debut in the powerful new musical Amazing Grace, helmed by first-time Broadway director Gabriel Barre. 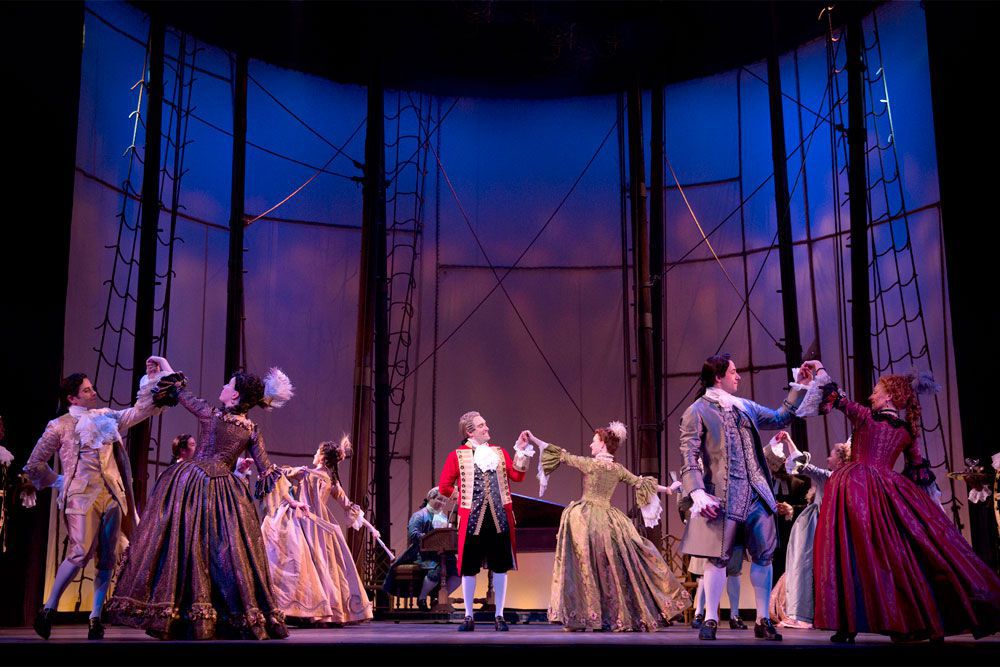 Currently playing at the Nederlander Theatre, Amazing Grace tells the heart-gripping story of slavery, romance, and the shifting era behind “the world’s most beloved song.” Critics have hailed Amazing Grace as “sincere, stirring, and romantic” (Chris Jones, Chicago Tribune) and “a musical of raw power with superb, intense performances” (Steve Oxman, Variety). We caught up with Savannah, who sat down to talk to us about her time at AMDA, her inspirations as a performer, and her newfound success on Broadway.

What drew you into theater?

My upbringing was one of artistic freedom, music, dancing, and self-expression. My parents were both musicians and singers, so the desire to do something performance-related was always in my bones. I remember my first play being at church: I played Lucy in Charlie Brown Christmas at six. I'm told I was quite sassy and insisted on wearing red lipstick.

Talk a little about your band, The Shirtwaist Sisters.

Ah! They are my heart. The Shirtwaist Sisters is my band formed during a show I did in Scotland the month after AMDA graduation. Nicole Weiss, Lynn Andrews, and I played teenage girls in the Triangle Shirtwaist Factory burning (hence the name Shirtwaist Sisters). In spite of the horrifically sad story we told, we laughed and played music and sang together for fun. We soon found ourselves writing together, and loving it. We like to describe ourselves as this: "We are what happens when Joni Mitchell, Beyoncé, and Hank Williams have a sleepover." [We use] the Andrew Sisters’ folk style harmonies. It's a gift in my life. 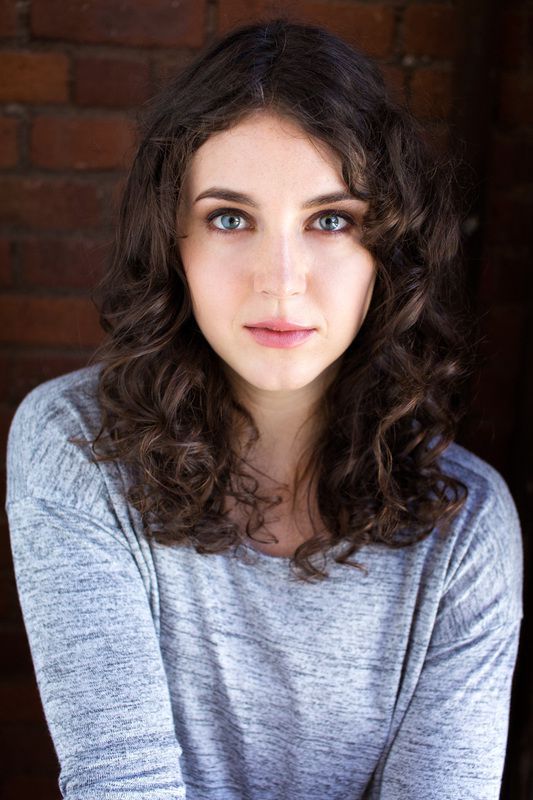 Talk about the audition process and how you landed your role in 'Amazing Grace.'

This process actually began about five years ago. The writer, Chris Smith, semi-regularly attended the church my grandparents founded in Pennsylvania. I was visiting one Sunday on a weekend away from school and ended up meeting him through my family. I told him I was finishing up my studies at AMDA: He off-handedly said "Hey, I've written this musical, would you wanna read it?" Of course, I jumped at the chance to read something new and fresh! I read it and fell in love with the epic story and depth of characters. [They] came around to their Goodspeed auditions the next season, and I was called in.

Honestly? I was PETRIFIED. I built it up far too much and only made it to the second callback. Timing was all right, though, because I was able to go down to Texas and play Laurey in Oklahoma! under the brilliant musical direction of AMDA's very own Jay Dias. (I say this to reiterate to those reading that nothing is ever lost—you're right where you need to be!) Flash to two years later to their auditions for the out-of-town [pre-] Broadway tryout run in Chicago. I was called in again for Sophie/Mary Catlett’s understudy. I can't even express the ease and joy that ran fluid throughout this process. [It took] five auditions to make it, and every single one left me feeling hopeful, thankful and untied to an outcome. I genuinely felt like if I didn't book it, it was still the most encouraging audition experience of my life. I was immensely proud of myself. And now here we are—Broadway, baby! *does enthusiastic body roll*

What happened when you found out you booked the role in AG?

I got the official call from McCorkle Casting while I was watching Beautiful with my boyfriend. My heart freaked when I saw the name on the phone, so I called back and proceeded to giggle a lot and hop up and down on the street. Then I ran and hugged Kyle. It was a truly wonderful moment.

Can you tell me a little bit about your role in the play?

I play Sophie, the Chatty Cathy, the slightly insane friend of Mary Catlett. She speaks far too fast and has no inhibitions. It's quite fun, hee hee. I also have the great honor of understudying Mary Catlett, played by Erin Mackey. Erin is a true leading lady, not just in talent, but in kindness and grace. I'm very lucky.

How did AMDA prepare you for Broadway?

AMDA taught me how to audition, how to efficiently use my time, and how to do 80 things at once. I've always been very driven, but AMDA helped me pair that with a dependable, workable set of tools to achieve what I want.

What advice would you give to someone who wanted to do what you do?

If you could go back in time and tell your 18-year-old self a piece of advice, what would it be?

Trust YOUR voice, YOUR gift. There's no mold to fit—you're enough.

I feel so lucky to have experienced AMDA's program. Not only did I make lifelong friends, but I also grew so much as a performer, actor, human being. It was the best decision I could have made.

Learn more about Savannah Frazier, see photos, and listen to her sing.