Victoria Mallory and Kurt Peterson Reunite for "When Everything Was Possible" April 29th in NYC!

AMDA alumni Victoria Mallory and Kurt Peterson met while attending AMDA New York in the 1960's.  In the summer of 1968 Victoria and Kurt were cast, from hundreds of hopefuls, by Leonard Bernstein and Richard Rodgers, as Maria and Tony in the first major revival of West Side Story at Lincoln Center. Both went on to have phenomenal careers and their story has become that of Broadway legend. 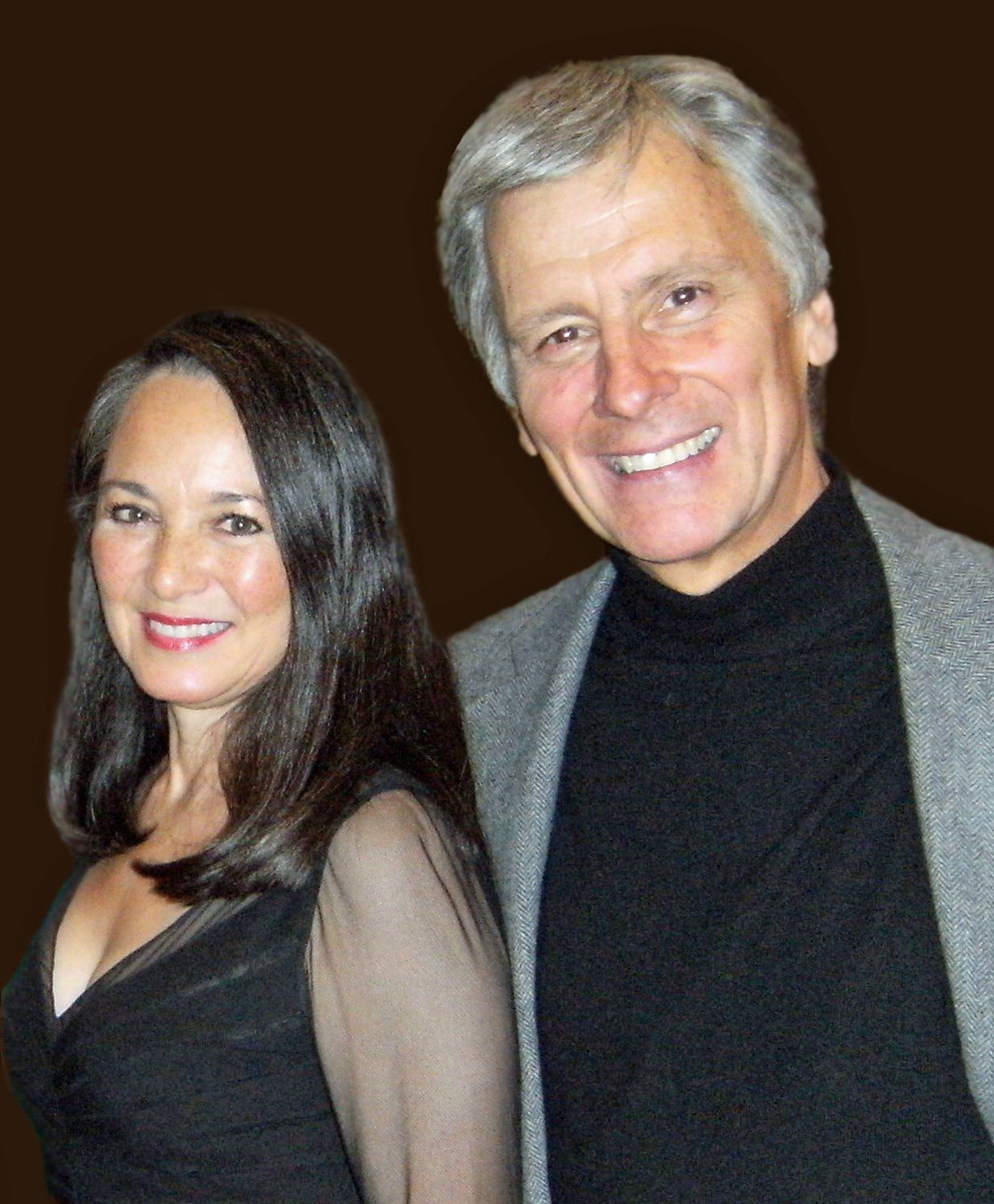 The Concert: On Sunday April 29th (7:30 pm) James William Productions and Stephenie Skyllas will present Kurt Peterson and Victoria Mallory in When Everything Was Possible, A Concert (with comments), for one night only, at New York City Center (131 West 55th Street, between 6th and 7th Avenues), as a benefit for Broadway Cares/Equity Fights AIDS. They will be joined by a thirteen-piece band (Michael Rafter, Music Director), playing new orchestrations by Tony Award winner Jonathan Tunick. Larry Moss directs, with musical staging by Joshua Bergasse (“Smash”). Carolyn Wong will provide lighting design, with sound design by Leon Rothenberg and projection design by Telegraphicmedia.

The show will also feature images of stage photography from the era’s greatest photographers including Van Williams, Kenn Duncan, and others – many never before on public display. The concert, featuring songs from the shows they were in – including The Frog Prince, Aladdin, West Side Story, Dear World, Carnival, Dames at Sea, Follies, On the Town, A Little Night Music and Sondheim – A Musical Tribute.This is the story of Victoria Mallory and Kurt Peterson in the present but also the story of New York, 1966 -’74, the last gasp of the golden age of the American Musical, when everything was possible.

Following their inner music, two kids came to the biggest city in the world and went to work. They didn’t want to be famous – they wanted to be good. Along the way they sang for Noel Coward, with Richard Rodgers, Stephen Sondheim, Jerry Herman, Betty Comden, Adolph Green and Leonard Bernstein; hung out with Liz and Dick; sat in the Oval Office and the Apollo capsule; flew the Lunar Lander and crashed on the faux surface of the Moon. And in the summer of ’68, as the world flew apart, these two unknowns held court at the State Theatre at Lincoln Center, captivating audiences as Tony and Maria in West Side Story. Together with the talented gangs of Jets and Sharks they made a statement about the world’s bigotry and violence in a way that only words, music and dance can. They worked, lived, grew close, grew up, made mistakes and finally… parted. 36 years would pass until they would meet again, and they found they still had a few things left to say – and sing.

“How lucky we all are to have Victoria Mallory and Kurt Peterson back together again, and sharing their musical lives with us! The personal story told and sung by these two talented artists will take some of us back, and introduce others to a rich era in not-too-distant history. Two young kids arriving in New York, who find careers that touch some of the legendary people and legendary shows, is only the beginning. What happened, both professionally and personally, is quite remarkable,” said Ted Chapin, President of the Rodgers & Hammerstein Organization, and Chair of the American Theater Wing. 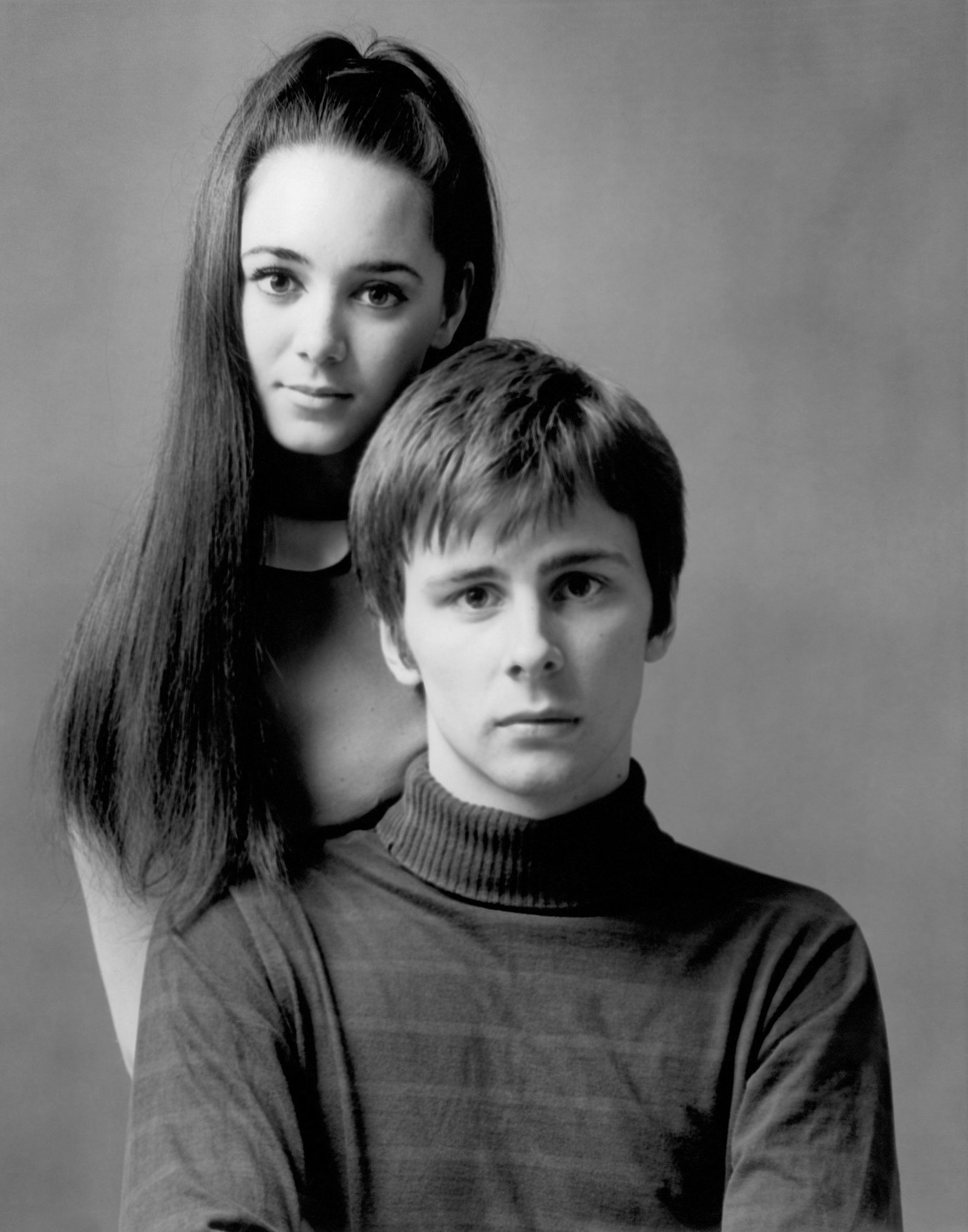 Tickets for AMDA: When Everything Was Possible is offering AMDA a special ticket price of $25 (original price $60). For tickets visit nycitycenter.org/tickets/productionNew.aspx?performanceNumber=6597 and enter Online Promo Code: 9168 or call the box office at 212.581-1212 and give the Box Office Code: AMDA.

About Victoria Mallory and Kurt Peterson:

Victoria Mallory made her Broadway debut when Richard Rodgers and Leonard Bernstein chose her to star as Maria in the first revival of West Side Story at Lincoln Center. She went on to play Lili in City Center’s revival of Carnival. For Harold Prince and Stephen Sondheim,Victoria originated the roles of Young Heidi in Follies and Anne Egerman in A Little Night Music. She also re-introduced and first recorded Stephen Sondheim songs in Sondheim – A Musical Tribute and in An Evening of Stephen Sondheim at The Whitney Museum. Victoria has starred in the nation’s major theatres including Los Angeles Civic Light Opera, Pittsburgh CLO, St. Louis MUNY Opera, Atlanta’s Theater of the Stars, Kansas City Starlight, Dallas Summer Musicals, Utah’s Pioneer Theatre, and the Irish Rep in NYC, in roles as diverse as Christine/Carlotta in Phantom, Magnolia in Show Boat, Kate in Kiss Me Kate, Marian in The Music Man, Lily in The Secret Garden, Sarah in Guys and Dolls, Maria in The Sound of Music and Abigail in 1776. Television audiences know Victoria as the concert pianist, Leslie Brooks from the CBS daytime drama, “The Young and The Restless” and Dr. Denise Foxworthy on NBC’s “Santa Barbara.” Other TV credits include guest starring roles on “Everwood,” “Touched By An Angel,” “Promised Land,” the female lead in the made-for-television movie “The Unabomber,” and three CBS musical specials: “The Emperor’s New Clothes,” “Aladdin,” and “After Hours.” She received an Emmy nomination for “Singin’, Swingin, and All That Jazz.” Victoria has been a professional director/choreographer for productions including The Wizard of Oz, Joseph…, Side by Side by Sondheim, and Yours, Anne, and choreographer for Oliver, Nuncrackers, Mr. Popper’s Penguins and A Village Fable. Victoria is a founding member and teacher at The Voice Studio. Most recently, she was seen in A Child’s Christmas in Wales at the Irish Repertory Theatre. Victoria is slated to star in the new Broadway musical, In the Summer of ’68, in 2013.

Kurt Peterson began his career when Leonard Bernstein and Richard Rodgers chose him to play Tony in the revival of West Side Story at Lincoln Center. On Broadway he starred opposite Angela Lansbury in Dear World and created the role of Young Ben in Stephen Sondheim’s Follies. Off-Broadway Kurt starred in Dames at Sea and By Bernstein, and appeared in the Town Hall productions of Knickerbocker Holiday, Music in the Air and I Married an Angel. Kurt starred opposite Patti LuPone in the Broadway-bound The Baker’s Wife. He also starred in the highly acclaimed Canadian premiere of Company and Rob Marshall’s production of Side By Side By Sondheim. Kurt was featured in the 75th birthday celebrations Wall to Wall Sondheim and Children & Art honoring Stephen Sondheim and has performed as a leading man in many productions around the country and in Europe. Kurt and his company, James William Productions (JWP), produced the acclaimed Sondheim–A Musical Tribute, the first celebration of America’s foremost composer/lyricist, helped launch the NY and London productions of Angela Lansbury’s Gypsy, produced the live tours of WPIX-TV’s classic children’s show "The Magic Garden", and the National Tour of Rob Marshall’s innovative Side By Side By Sondheim. Recent projects include co-producing the New York productions and National Tour of the Stephen Schwartz family musical Captain Louie, the Off-Broadway production of the play Capture Now, directed by Larry Moss, and the BC/EFA benefit Alone At Last featuring the music of Ian Herman. JWP is currently represented by the Helen Hayes and Drama Desk Award winning play, Zero Hour, about theatre legend Zero Mostel, now touring the US and Canada. In 2013 look for the new musical In the Summer of ’68. Kurt is the owner of New York City’s The Voice Studio, home to more than 300 students and some of Broadway’s greatest teachers and performers. More information.